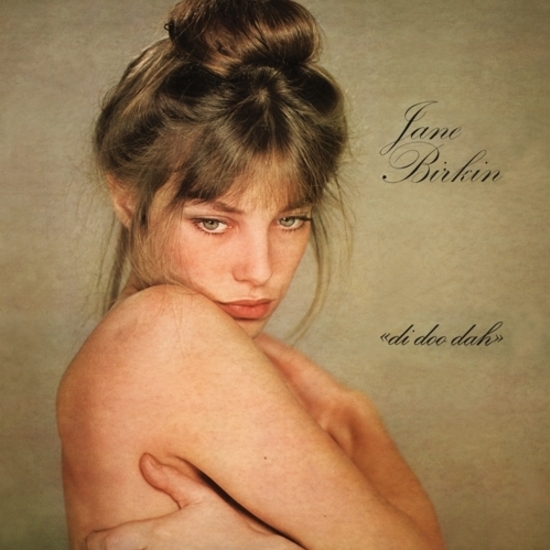 Liner notes include new and insightful interview with Jane Birkin

“Di Doo Dah” is the first true solo album from British born actress, model, singer, mother, and French national treasure, Jane Birkin. Emerging as a creative and beatific force in London’s Swinging 60s, she met Parisian provocateur Serge Gainsbourg in 1968 on the film set of Slogan and birthed one of the most fantastic creative collaborations the world has ever known. After the 1969 duet album “Je T’Aime… Moi Non Plus” (LITA 048) and the landmark “L’Histoire De Melody Nelson” (LITA 040) Jane was ready for her own namesake debut. “Di Doo Dah” sees Birkin, Gainsbourg, and co-conspirator Jean-Claude Vannier (“L’Enfant Assassin Des Mouches”) meld Jane’s fragile vocals with jazz, rock, and lush orchestral textures: a perfect album for living and loving. Light In The Attic’s definitive version of “Di Doo Dah” is available for the first time in North America on 180-gram vinyl, with original artwork, unseen photographs, and extensive liner notes by renowned music journalist Andy Beta (Spin, The FADER). With full cooperation and insight from Birkin herself – not to mention French lyrics and English translations – this reissue truly allows listeners to delve into the album’s witty and frank world of sex, sin, voyeurism, motorcycles, Brighton, and banana boats.

So what exactly does Di Doo Dah mean? “Nothing at all!” replied Birkin in a BBC interview from 1973. But this album is far from a throwaway, showing a maturity and musical understanding from all parties involved. By the early 70s, this lady was already a mother and very much aware of traditional gender roles as well as the sexual revolution – clearly able to plumb the necessary emotional depths required to translate Serge’s madcap lyrics and songs. It is true that in Birkin, Serge had finally found his match and most transcendent muse. And although the couple eventually went their separate ways, they left us all whistling much more than “Zipp-a-Dee-Doo-Dah” in the process.