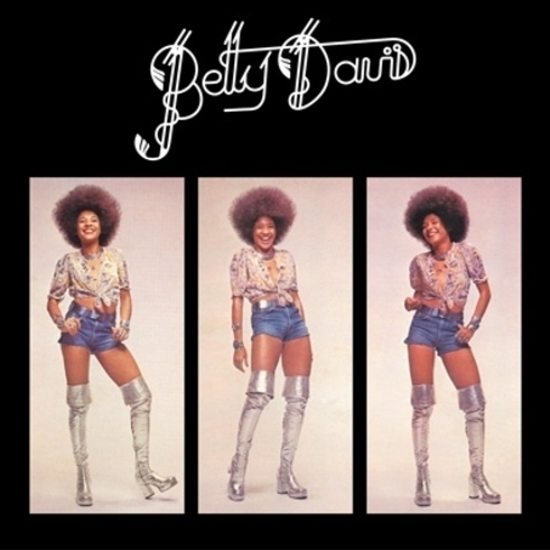 Betty’s classic full-length debut!
LP available on Standard Black Wax or Special Blue Color Edition
Expanded vinyl edition featuring gatefold jacket and 20-page booklet including rare photos, lyrics and new 2022 liner notes by Danielle Maggio interviewing Betty
Vinyl plated at RTI
CD housed in a digipak and featuring expanded booklet
One can hardly imagine the genre-busting, culture-crossing musical magic of Outkast, Prince, Erykah Badu, Rick James, The Roots, or even the early Red Hot Chili Peppers without the influence of R&B pioneer Betty Davis. Her style of raw and revelatory punk-funk defies any notions that women can’t be visionaries in the worlds of rock and pop. In recent years, rappers from Ice Cube to Talib Kweli to Ludacris have rhymed over her intensely strong but sensual music.