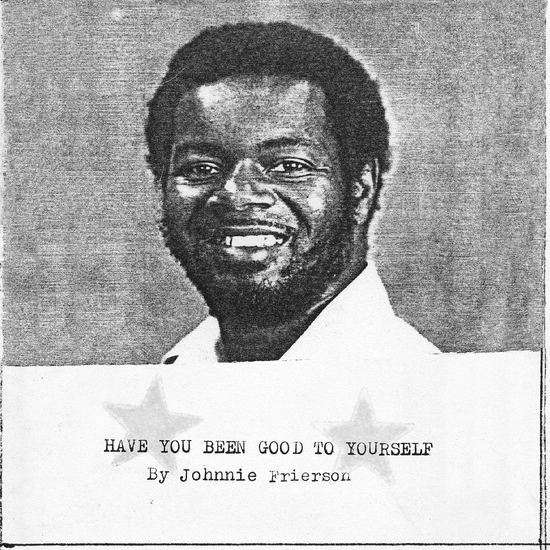 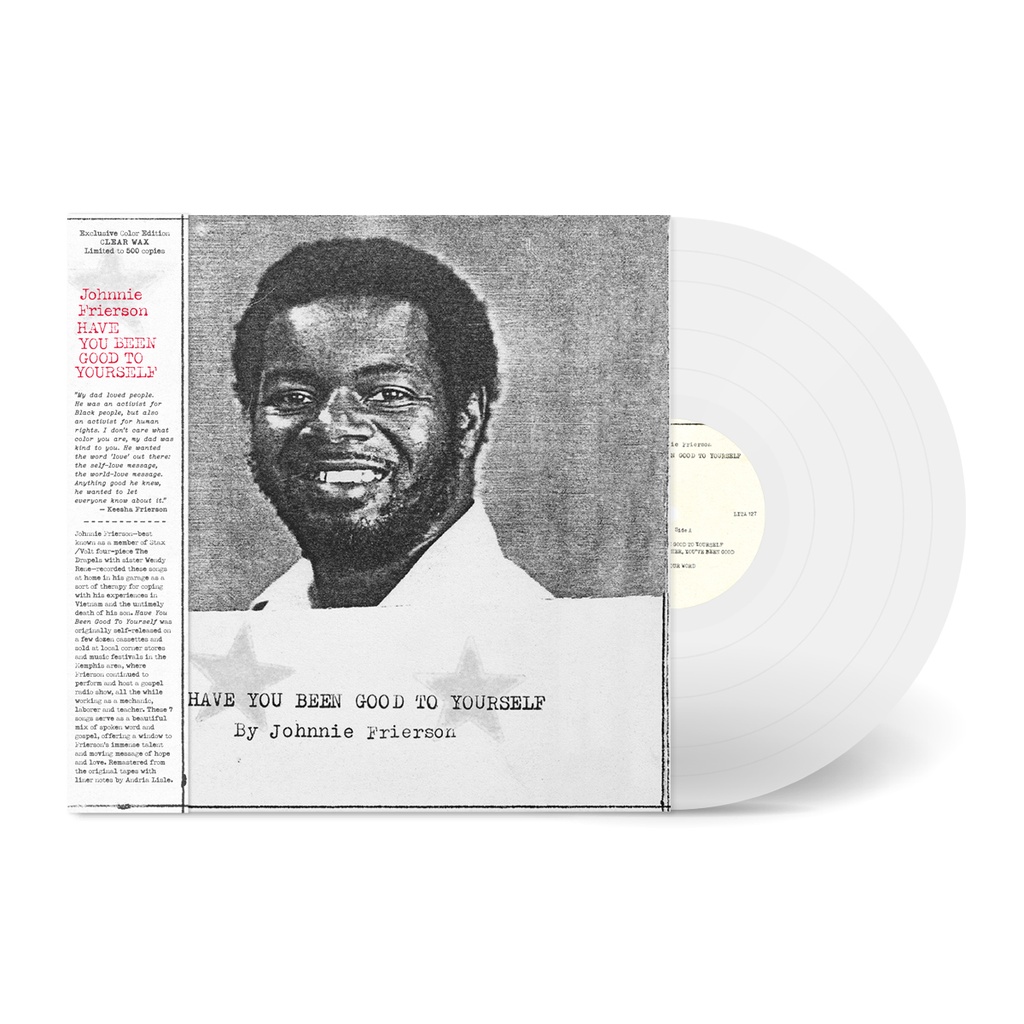 Johnnie Frierson, Have You Been Good To Yourself (CLEAR)

Have You Been Good To Yourself

Out Here On Your Word

You Were Sent To This World

Woke Up This Morning

Trust In The Lord

Re-mastered from the original cassette

Never before released on LP or Digital

“My dad loved people. He was an activist for Black people, but also an activist for human rights. I don’t care what color you are, my dad was kind to you. He wanted the word ‘love’ out there: the self-love message, the world-love message. Anything good he knew, he wanted to let everyone know about it.” – Keesha Frierson

Followers of our output might have a pang of recognition on reading the name, Frierson. That was the surname of Wendy Rene, whose work was collected into the 2012 LITA anthology After Laughter Comes Tears, and indeed, Johnnie Frierson is Wendy’s brother – a fellow member of her mid-’60s Stax four-piece The Drapels.

But Have You Been Good To Yourself will come as a surprise to anyone expecting more of the beat-driven R&B Johnnie and his sibling produced – including that compilation’s much-sampled title track. A mix of spoken word and gospel songs laid down direct to cassette, these ultra-rare home recordings draw from Johnnie’s religious upbringing and his history in the music business, which was interrupted in 1970 when he was sent to fight in Vietnam.

Cratedigger Jameson Sweiger found Have You Been Good To Yourself and a companion album, Real Education, released under the name Khafele Ojore Ajanaku in a Memphis thrift store, but it was noticeably Frierson’s work. They hadn’t made it far – they would originally have been sold at corner stores and music festivals in the Memphis area, where Frierson continued to perform and host a gospel radio show, all the while working as a mechanic, laborer and teacher.

The seven songs on Have You Been Good To Yourself are overtly religious; some, such as “Out Here On Your Word,” are strident and faithful; others, like the self-questioning “Have You Been Good To Yourself,” are more meditative. They reflect the difficult situation that Frierson was in when recording, shell-shocked from his time in the military and grieving the untimely death of his son. “He was really trying to find his way,” remembers Frierson’s daughter Keesha in Andria Lisle’s liner notes. “And writing and making music were a way out for him.”

Remastered and released professionally for the first time, the message spread by Frierson – who passed away in 2010 – remains undimmed.