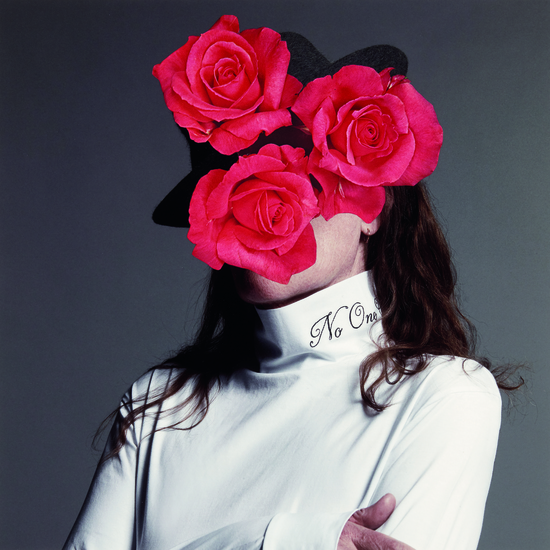 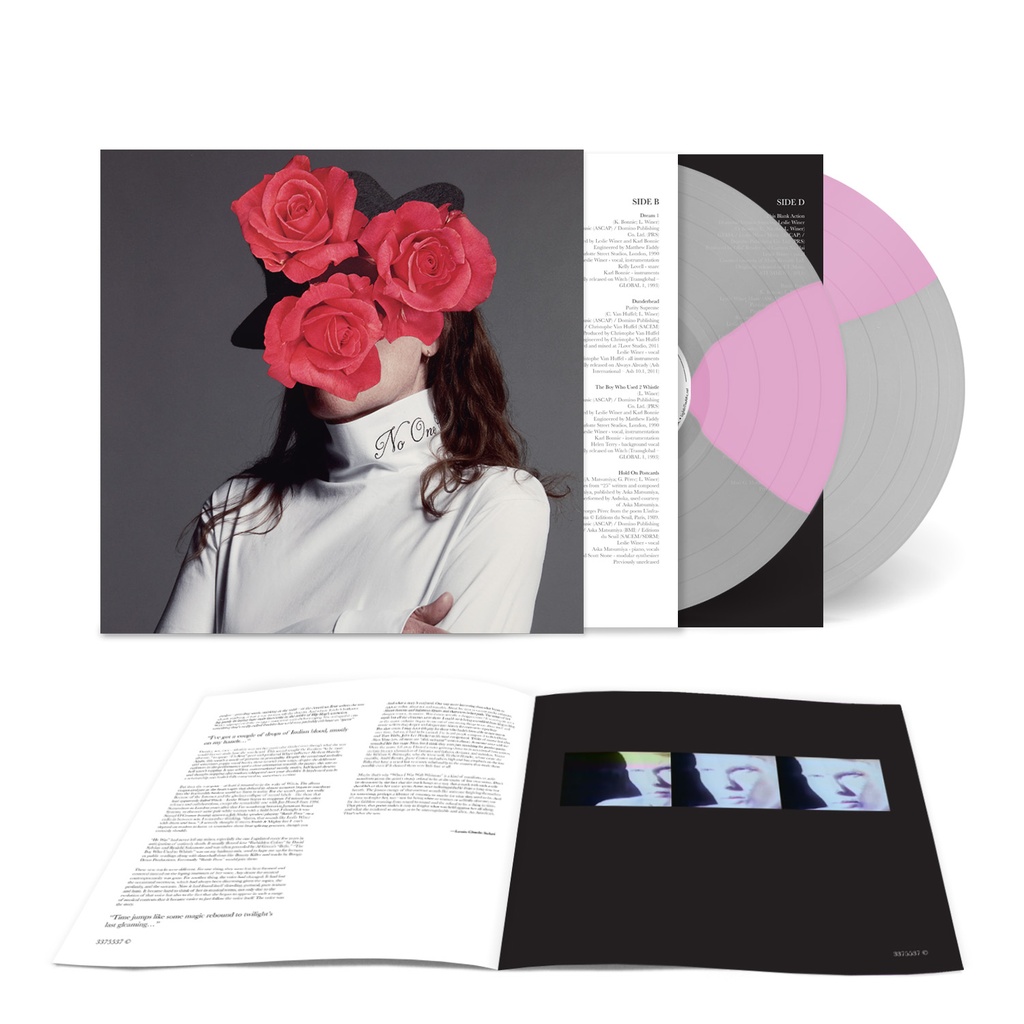 Leslie Winer, When I Hit You — You'll Feel It (COLOR)

A1 Leslie Winer– When I Was Walt Whitman

B3 Leslie Winer– The Boy Who Used 2 Whistle

B4 Leslie Winer– Hold On Postcards

C1 Leslie Winer– He Was

24-page booklet featuring a new, extensive interview with Leslie and liner notes by acclaimed author, critic and compilation co-producer Wyndham Wallace, along with an essay by award-winning writer and scholar Louis Chude-Sokei

Light in the Attic is ecstatic to announce When I Hit You—You’ll Feel It: a 16-track anthology that celebrates the extraordinary work of musician, poet, and author, Leslie Winer. When I Hit You—You’ll Feel It spans Winer’s three-decade-long musical career: from her groundbreaking solo work in the early ‘90s to her latest inspired projects. Featuring musical contributions from Jon Hassell, Helen Terry, Jah Wobble, Renegade Soundwave’s Karl Bonnie, and others, the collection also spotlights Winer’s diverse collaborations, and unearths previously-unreleased recordings.

Newly remastered by the GRAMMY®-nominated engineer John Baldwin, When I Hit You—You’ll Feel It will be available in multiple special 2xLP editions, on CD, and across digital platforms. The album includes a new interview with Winer, captured by the compilation’s co-producer, acclaimed author and critic Wyndham Wallace. Rounding out the package is an insightful essay by the award-winning writer and scholar Louis Chude-Sokei and an original cover collage by the renowned British photographer and artist, Linder, featuring photography by Mondino, and design by designer Christopher Shannon.

Born to a teenage mother and sold for $10,000 in a black market adoption when she was just hours old, Winer has always lived an uncommon life. She grew up in Boston with a voracious appetite for music and the written word and embraced the city’s lively jazz and folk scene in the ‘70s. Moving to New York for art school, she gravitated towards a vibrant crowd of intellectuals, artists, and radical thinkers—or perhaps they gravitated towards her.

There, Winer formed an unlikely friendship with writer and artist William S. Burroughs and lived on-and-off with Jean-Michel Basquiat. In London, where Winer began her musical ventures in earnest, she was a regular at Leigh Bowery’s underground club Taboo, where she met many of her collaborators, including filmmaker John Maybury, Kevin Mooney (of Adam and the Ants), and Boy George, who once declared that Winer “might just be the coolest woman on the planet!”

Winer’s striking looks also attracted fashion designers and photographers. Throughout the early ‘80s, she was an in-demand model—appearing in campaigns for Valentino, Christian Dior, and Yohji Yamamoto, and serving as a muse for a young Jean-Paul Gaultier, who later dubbed Winer “the first androgynous model.” She posed for Helmut Newton, Irving Penn, and Pierre et Gilles, and graced the covers of The Face, French and Italian editions of Vogue, and Mademoiselle.

But music was Winer’s true passion and, at the turn of the ‘90s, she would unknowingly help invent the massively popular genre known today as trip-hop.

On her debut, Witch, Winer masterfully blended the uninhibited sampling of early hip-hop with dancehall basslines and programmed beats, while weaving mesmerizing—and coolly-detached—spoken-word vocals into her ambient tracks. It was unorthodox in the most delicious ways.

The album was a bold experiment by the self-taught artist, who enlisted a number of talented musicians in the sessions, including Culture Club’s Helen Terry, Karl Bonnie of Renegade Soundwave, former Public Image Ltd. bassist Jah Wobble, and Kevin Mooney, as well as Marco Pirroni and Matthew Ashman (both of Adam and the Ants, among other acts).

While Witch was finished in 1990, it wouldn’t be released for three years, due to the whims of Winer’s label. In the meantime, several tracks made their way out into the world as early as June 1990, thanks to BBC Radio 1 DJ John Peel, who later referred to Witch as “the definition of a hidden gem.”

Opening with the laid-back dub beats and soft, sing-songy chorus of “He Was,” Witch features such highlights as the up-tempo “Skin,” the hypnotic, bass-heavy “The Boy Who Used 2 Whistle,” and the album’s closer, “Dream 1,” in which waves of reverb-soaked vocals bounce from one ear the other.

While sonically, Winer was breaking new ground, she was also bringing a fresh, incendiary take on what it means to be a woman in the music business, as embodied by her composition “N1 Ear,” in which she delivers a scorching, feminist manifesto, borrowed from the Women’s Liberation Broadsheet: “If I get raped it must be my fault / And if get bashed I must’ve provoked it / And if I raise my voice I’m a nagging bitch / And if I like fucking I’m a whore…And if I ask my doctor too many questions I’m neurotic and need pills / Because I still can’t get a safe birth control while some fucker’s roaming the moon.”

Winer had every right to vent her frustrations as a woman in music. Despite her fierce demeanor and steadfast focus, she was consistently disregarded and typecast by the industry. Many of her early collaborators failed to credit her work, while others simply overlooked her influence. Witch, for example, was so delayed that by the time the album saw the light of day (released under the pseudonym “©”), trip-hop was gaining mainstream traction via acts like Portishead, Massive Attack, and Madonna. Although Winer eventually gained wider acknowledgment (prompting the NME to give her the dubious distinction of “The Grandmother of Trip-Hop”), Witch initially went sorely unnoticed.

Following the disappearance of Witch, Winer continued to record, undeterred by the elusive nature of mainstream success in the modern music business. Her network of inspired collaborators continued to grow and expand, yet her influence remained largely a secret except to those in the know, such as Grace Jones and Sinead O’Connor, who would cover her songs.

Today, Winer stays busy on new musical projects in the French countryside, where she has spent the past two decades raising her five daughters. A prolific writer, she has also published two collections of poetry and oversees the literary estate of Herbert Huncke, a defining member of the Beat Generation.

In the modern era, one is hard-pressed to find an artist who continues to push the creative envelope as much as Winer does. And yet, three decades after her revolutionary debut, her work remains just as startling and fresh.

Winer’s influence might best be summed by the award-winning composer Max Richter, who offered the following thoughts to Wyndham Wallace for his extensive liner notes: “The world seems finally to be catching up to Leslie Winer, whose startling intelligence and singular vision shine through her copious recording life. A visionary commentator on the relationship between individuals and society in the mould of Blake or Woolf, Leslie Winer knows things that the culture at large just doesn’t understand yet, and she has never been afraid to let us know that.”