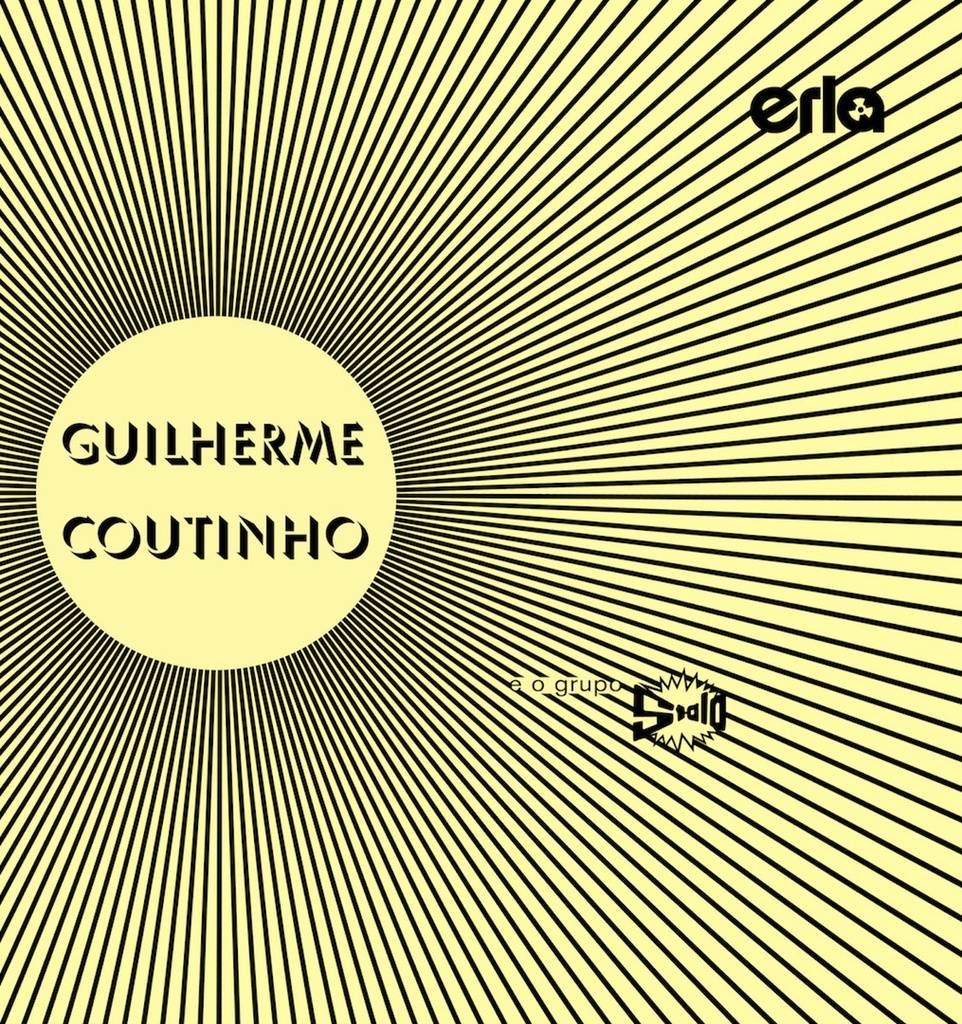 On April 18th 2019 a journalist from Piauí in Brazil posted a question in a closed Facebook group I follow called Brazil By Music. Dea Nunes was looking for information about a record by Guilherme Coutinho & Grupo Stalo.

I always read the posts in the group but this time the cover of the record that Dea was looking for stopped me mid-scroll. I clicked to play the YouTube link. I was totally confused. As a listened and looked at the distinctive yellow cover I thought ‘Hey, Kassin and the Mitch & Mitch guys have made some kind of throwback record they haven’t told me about.’

Why did I think this? Because despite the vintage aura there were elements in the song Atalaia that sounded too futuristic. But more than anything it was the cover. Mitch & Mitch had just released a 10” album with a cover that looked so similar it must have been at least influenced by this Coutinho album. But, while I was listening to the song Kassin posted a comment in the group saying he’d never heard of this album. I pinged Macio from Mitch & Mitch (who also designs the Mitch artwork) and asked if he’d been inspired by this cover. ‘Nope, I never heard of it,’ he said.

I knew of Coutinho from his earlier 60s album ‘Procure-se’ (Wanted) but the name was never really on my radar.

Of course, legendary Greg Caz in New York knew the album and started sending MP3s to those in the group that wanted them. The same day I found the album on an old music blog and the download link was still working. The rip had terrible sound and was from a poor source but I played it over and over again and shared it with everyone I knew.

That first day I also sent it to Joaquim Paulo, owner of Mad About Records.

‘Oh my God, that’s been on my list to reissue for years! he said.

‘It’s one of Gilles Peterson’s favorite records but I don’t know who has the rights’.

Next time I spoke to Kassin I mentioned the record. He told me “I was just speaking to Leila Pinheiro and she has been after this record for a long time and knows the family in Belem, let me find a contact number for Joaquim.’

Soon after when Dea asked Leila about Coutinho she said ‘Oh, Kassin was asking about this record too.’ Leila said she thought she had a copy somewhere on her record shelves, but couldn’t find it for Dea.

Sure enough when MAR contact Guilherme’s daughter Alice Ignez she was overjoyed to think her father’s magnum opus would be reissued.

Joaquim went to work quickly. The first thing he had to find ways to find a source for the audio. There were no stock copies left and even being willing to pay hundreds of dollars for a second-hand copy they were nearly impossible to find for sale at any price.

Luckily, Alice Ignez remembered her father had given a copy to the public library in Belem and sure enough, there it was in mint condition.

However, these regional records were poorly pressed in the 70s and so this was going to be the best source that MAR would be able to find. Soon though, with some magic worked in Lisbon on the sound restoration, the album suddenly came to life. We could hear the bass which on the MP3s and even on the transcription of the mint copy, was almost missing entirely. On one track there was what sounded like a vinyl artifact on the MP3s but turned out to be really subtle percussion. You might notice it on the reissue - it’s like a sand shaker or something.

The cover art was restored by some of MARs wizard graphic designers who even tracked down the original fonts to recreate the back cover.

The secret of the reissue had to be kept because MAR didn’t want the pirates to jump the gun as has happened on several titles in the last year or so. But you can’t keep a secret like this and rumors started spreading.

So the album was literally about to be published on Bandcamp and Joaquim was standing by for the expected avalanche of order when out of the blue yesterday, 9th February 2020, I was contacted by Dea Nunes, the journalist who started the quest back in April.

She told me that she had been curious about Guilherme for some time and took the opportunity when interviewing Leila Pinheiro to ask about how Guilherme was the key figure in her music career. He was Leila’s piano teacher in the 1970s and was primarily responsible for her giving up her medical studies to pursue a full-time music career. Leila launched her career at the worst possible time in Brasil for classic bossa nova, but with Guilherme’s push and later help from Roberto Menescal she hit it huge in Japan. Dea says Leila has felt a huge debt to Guilherme ever since and is really keen to see his legacy restored.

Leila and Guilherme are further intrinsically linked because it turns out that Leila’s father Altir Pinheiro was president of the Belem Tenîs Clube and Assembleia Paraense clubs where Guilherme would play and was a huge supporter, even bankrolling the recording of his 1971 album Procure-Se.

I haven’t really mentioned the sound of the album yet. That in itself it also extraordinary. Belem is thousands of miles from the music hubs of Rio and Sao Paulo. It’s musical links have been more towards the Caribbean and Colombia than the urban centers in the South.

However, Guilherme was like a one-man advocate for sophisticated arrangements and he would take local regional artists and try and give them the sound that the more expensively produced albums had in Southern Brazil.

It’s fascinating that finally a whole bunch of people independently were researching and trying to track down this wonderful forgotten album. Clearly, it’s going to have a new lease of life with proper attention to the quality and the distribution that MAR has with niche record stores around the world. _

A totally cohesive slice of Lo-Fi Tropicalia funk and a perfect reissue to help restore Guilherme Coutinho’s place in the pantheon of great Brazilian artists.

Special thanks to Dea Nunes and Kassin