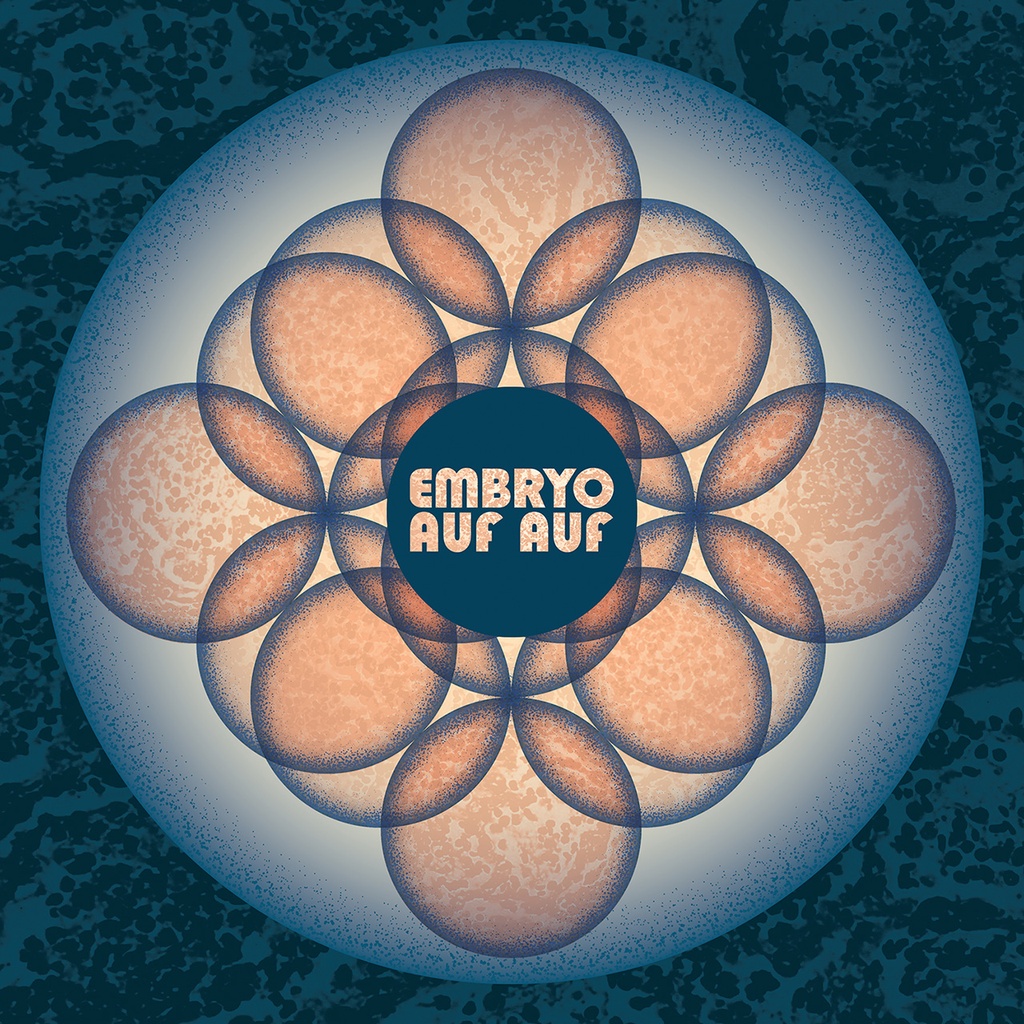 The late Christian Burchard, who founded the Embryo ensemble in 1969, loved the slogan Auf Auf, German for Up, Up, or Keep On Going. Anyone with anything more than a passing interest in the German Krautock scene of the 1970s and 1980s knows that Burchard followed that intent, all around the world, tirelessly seeking out new sounds and inspirations and creating a catalog of music unlike most anything else the world has ever heard.

Madlib has often said Embryo is his favorite rock band. Of course the hip-hop-producer-with-the-deepest-musical-knowledge knows Embryo is more than just a rock band – but, for the purposes of these notes, let’s keep it simple.

When Marja Burchard, Christan’s daughter, who grew up with Embryo and toured with them for years, took the reins of the ensemble after Christian’s death in 2018, she started recording what would become this album, over the course of two years, finishing it in the throes of the Covid pandemic in 2020.

She approached Madlib and Egon, who had, years back, visited and jammed with Christian Burchard, and Embryo musicians Uve Mullrich, Roman Bunka and Jan Weissenfeldt, in a Bavarian wine cellar, with the idea to issue Auf Auf on Madlib Invazion.

The reply was a resounding, definitive “yes.”

So here is Marja’s take on the Embryo ethos, continuing with her father’s intrepid style, and leading the band in her own style. Auf Auf ranges from the deep, free-form jazz of “Alphorn Prayer” to modal music from Afghanistan on “Baran” to psychedelic-tinged jazz-rock of the title track

Joining Marja are those like Embryo veterans Bunka, on oud and guitar, and Karl Hector and the Malcouns/Whitefield Brothers/Poets of Rhythm producer and guitarist Jan Weissenfeldt and others, including important players on the global scene from Afghanistan and Morocco.