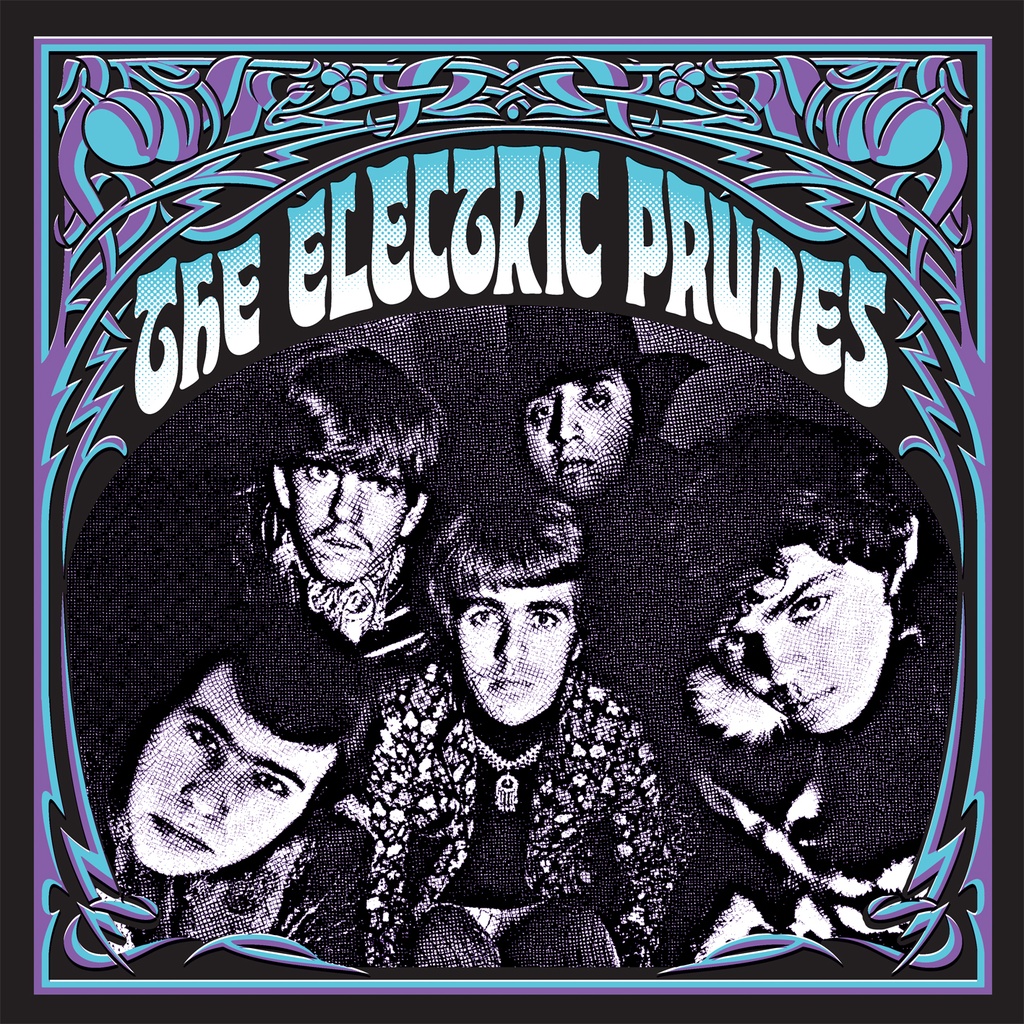 1. You Never Had It Better

4. Get Me to The World on Time

Recorded by the Swedish Broadcasting Corporation at the Concert Hall in Stockholm in December 1967, right at the end of the Electric Prunes’ European tour, this album proves these guys were not just a studio-controlled group but seasoned psych rockers.

This LP stands as one of best live psychedelic records out there.

Psychedelic rock icons The Electric Prunes formed in Los Angeles in 1965 with a musical recipe rich in fuzz-toned guitars and oscillating sound effects. American garage bands from these years were rarely documented on live albums, making this recording a rare testimony of that era.

After a U.S. tour in the latter half of 1967, the band embarked on a European tour, their first and last tour of the continent, that would take them to the UK, France, Denmark, Netherlands and Sweden, performing at high-profile venues. The band's lineup is from their second album, “Underground”, released earlier that year: James Lowe (lead vocals), Mark Tulin (bass, organ, vocals), Ken Williams (lead guitar), Mike Gannon (rhythm guitar, vocals), and Quint (drums).

They would also hook up with Brian Jones at the Speakeasy (London), meet The Beatles mixing “Magical Mystery Tour” and visit Hendrix’s flat, share stage with Soft Machine in Amsterdam and recorded a TV show in Paris. Members of the audience would often disrupt the concerts with Vietnam war related shouts in Amsterdam and Copenhagen.

On the final leg of the tour, The Electric Prunes' performance was recorded in Stockholm for broadcast on Swedish radio. They’d find out about the recording much later… The band here sports an explosive, noisy and wild sound, more in the vein of legendary early punk-rockers like MC5 than the psychedelic Californian landscapes some might expect.

The line-up featured on this album would disband the following year after failing to complete the challenging arrangements David Axelrod had prepared for their new album. However, this album proves these guys were not just a studio-controlled group but seasoned psych rockers.