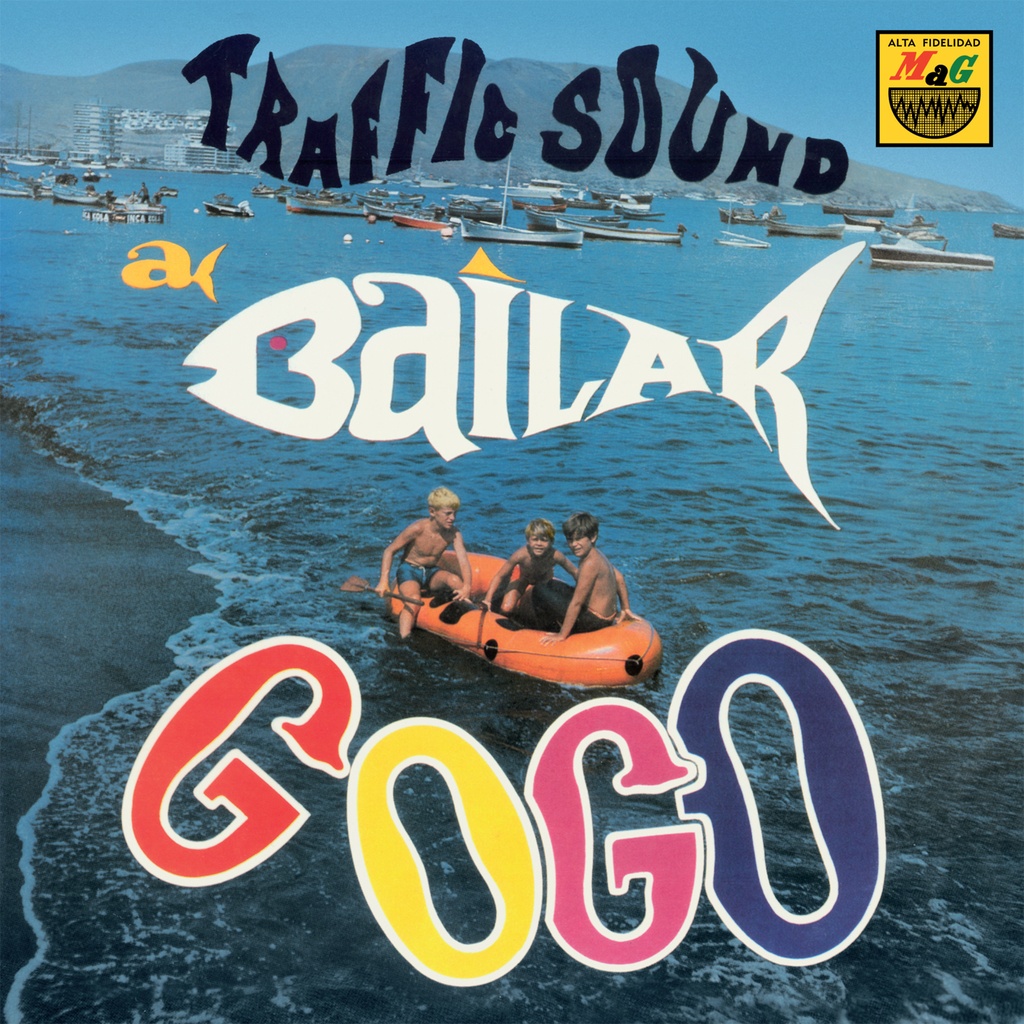 Side A: You Got Me Floating (J. Hendrix)

“A Bailar Go Go” is the portrait of one of the best rock bands in Peru taking its first steps.

This triple-7” pack contains three of the best singles of electrifyingly advanced rock recorded by Peruvian pioneers Traffic Sound in their early days, reissued here on separate vinyl 45s for the first time.

Although solely comprising cover versions of songs by the likes of Cream, Iron Butterfly or Jimi Hendrix, the young band dared to take things a little further musically and the results were exceptional.

Peru enjoyed a thriving and exciting music scene since the mid-1960s. Bands such as Los Saicos, Los Shain’s and Los York’s, to name just a few, released a number of brilliant records that drove young fans crazy and set an example for many to follow. The end of the decade brought about an evolution in sound and new music genres, as Peruvian bands kept an eye on the groundbreaking British and US artists exploring baroque pop, psychedelic rock and early prog.

One of them was Traffic Sound, founded in Lima in 1967. Over a very short period of time the band managed to successfully develop their career. “Virgin”, its brilliant debut album, released in 1970, showed the band swimming like a fish in the acid waters of psychedelia and experimentation. This LP also showcased the group’s skill at developing their own quality repertoire, which was rare on the Peruvian rock scene at that time. Suddenly, that same year, Peruvian record stores received another musical delivery signed by the band, but with a title and simple design that contrasted

with the intricate graphics of their first album. The six songs on the vinyl record were already familiar to diehard fans of the band, as they had been Traffic Sound’s first three singles released sometime between the end of 1968 and halfway through 1969.

“A Bailar Go Go” was the title of this mini LP which included the first three singles recorded in the early days of the band before “Virgin” was released, and solely comprised cover versions of songs by artists such as Cream, Eric Burdon & The

Animals, Jimi Hendrix and Iron Butterfly. These six tracks deserve to be placed in the right spatial and temporal context, as three of the best singles of electrifyingly advanced rock from 1968-1969.

“A Bailar Go Go” is the portrait of one of the best rock bands in Peru taking its first  steps and is reissued here on separate vinyl 45s for the first time.