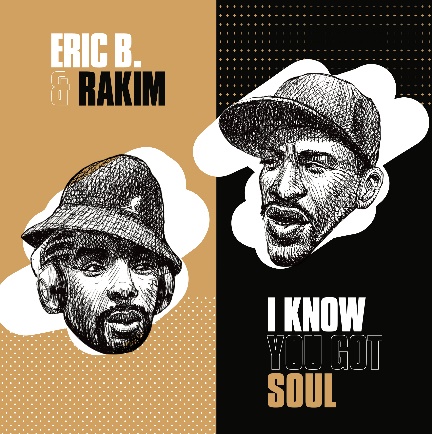 While it’s undeniable that Eric B & Rakim crafted and concocted classic after classic back in the Golden Era of the late 80’s and early 90’s, very few of their records could ever be classified as ‘dancefloor fillers’. But that’s exactly what ‘I Know You Got Soul’ was.

The duo’s third single was released at a time when their debut LP, 1987’s ‘Paid in Full’ was already being hailed as a gamechanger. Rakim’s smooth but sombre flow had introduced new phrases to the hip-hop lexicon, while the barrage of James Brown samples had declared open season on the Godfather of Soul’s back catalogue.

There were already stirrings of a backlash from the more frequently sampled artists at the time this came out, and the fact that it took not just its main hook but also its title from Bobby Byrd’s James Brown-produced 1971 single was almost like rubbing salt in the wound. The hip-hop fans and the dancefloor didn’t care – this played all summer long in 1987, elevating the group to a Soul Train performance.

Only months after this dropped, the UK collective M|A|R|R|S turned Rakim’s “Pump up the volume” line into the basis of their own hit. Pop will eat itself.

The original 7” was released in a no-frills generic sleeve – this re-release comes with a brand new cover utilising some of Dan Lish’s trademark artwork.