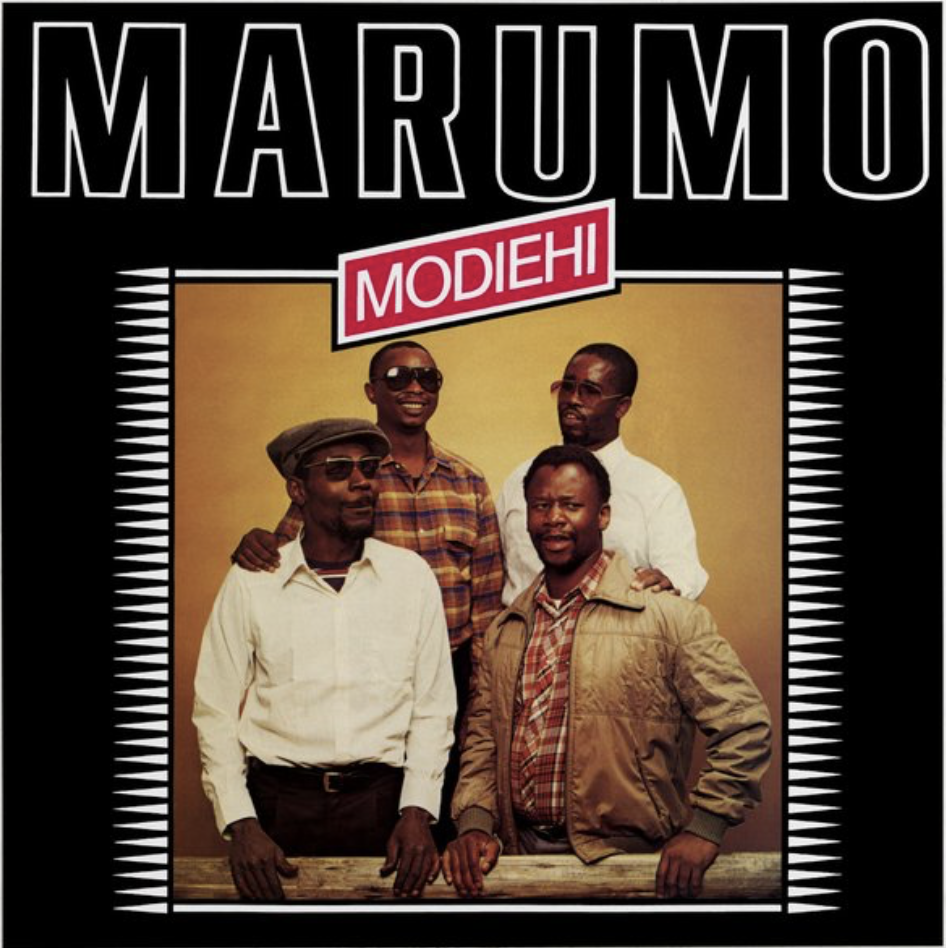 disco from the 80s & early 90s. Aside from this blog, this music would otherwise remained unknown outside of South Africa, apart from the most hardcore of digger and record collector.

‘Modiehi’ was originally released on Spades Record in 1982 and was recorded by producer West Nkosi, who was a member of supergroup ‘Mahlathini & The Mahotella Queens’. He worked with the big hitters in South African music such as Ladysmith Black Mambazo, Teaspoon & The Waves, Patience Africa and many more. Marumo were made up of a group of musicians from the Athlone School for the blind in Bellville, close to Cape Town. The band members, John Mothopeng, Munich Sibiya, Simon Falatsi and Marks Mbuthuma, had previously played in the groups Batsumi, All Rounders and The Orations and came together to record this versatile album. It covers a wide number of genres from Sotho soul, Mbaqanga, disco-funk, gospel & spacey-synth slow jams.

Flash forward 30 or so years later and lost dead-stock copies of the album start to appear and Marumo’s music begins to be heard across the world in the DJ sets of Motor City Drum Ensemble, Invisible City Editions, Floating Points, DJ Okapi and others.

We included the afro-disco-funk beauty of 'Khomo Tsaka Deile Kae?’ on our Mr Bongo Record Club Volume Three compilation, but felt ‘Modiehi’ needed to be available and heard in its entirety. We hope you enjoy!