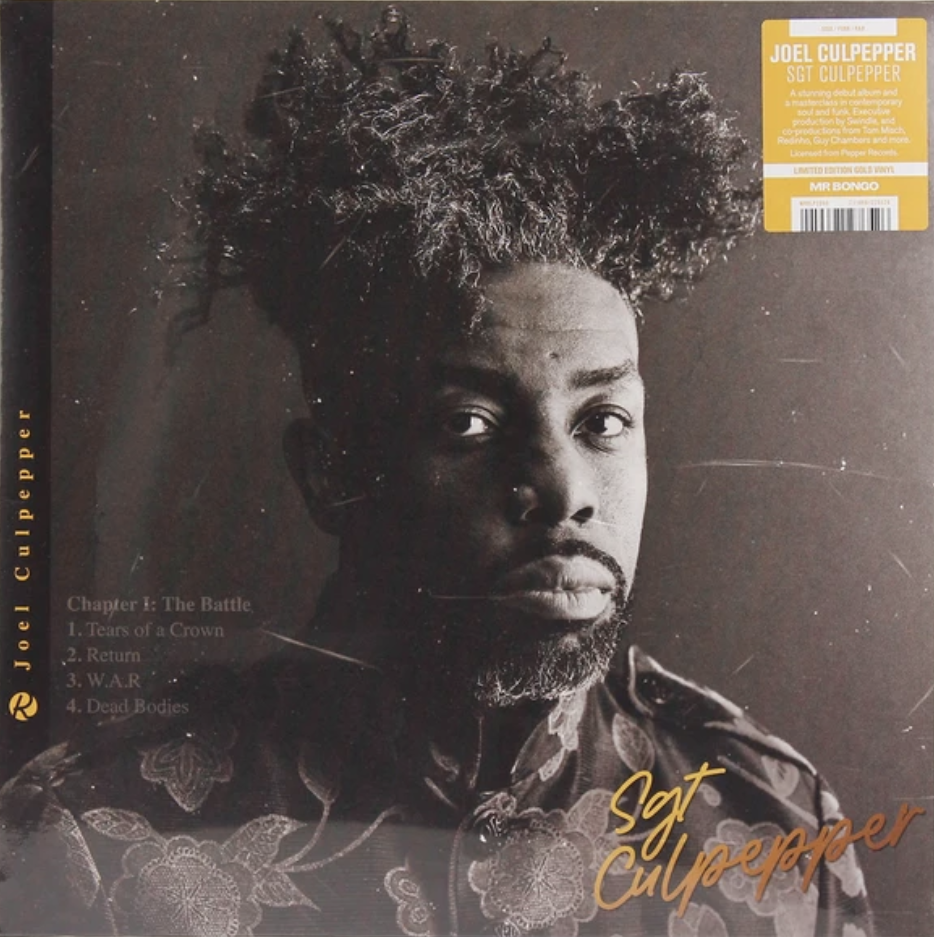 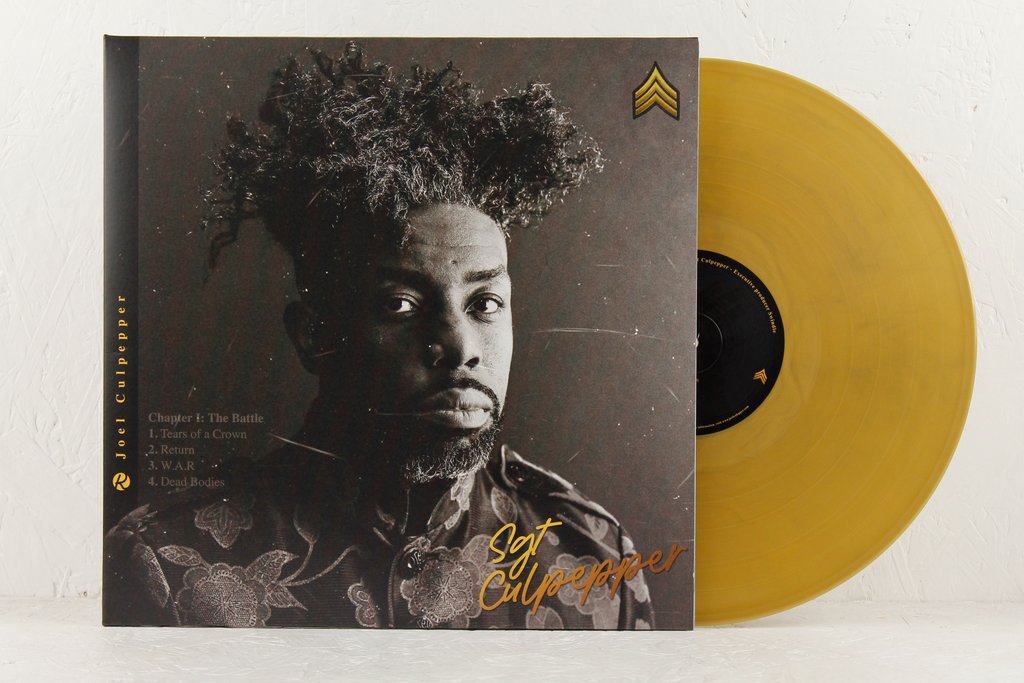 Tears Of A Crown

Hailing from south-east London, Joel Culpepper is an artist who’s been on Mr Bongo's radar for some time now. With a unique soulful voice and explosive showmanship, Joel’s star is rising. His sonic palette blends an array of genres and influences, that looks back to the greats whilst simultaneously absorbing London’s contemporary musical landscape. His charismatic Colors Studios performance of ‘Woman', the standout cut from Joel’s 2017 EP ‘Tortoise’, has amassed over 13 million views on YouTube (and counting).

Joel's debut album, 'Sgt Culpepper’, is an incredible modern soul album and the product of a two-year undertaking which saw him attract an array of respected producers and musicians from the UK and beyond, a testament to the reputation he had already built as a dynamic songwriter and performer among his contemporaries. With executive production from Swindle (Ezra Collective, Mahalia), mastering from Joker (Stormzy, Kojey Radical) and with co-productions that include the likes of legendary pop producer Guy Chambers, Raf Rundell (The 2 Bears), Shawn Lee (Saint Etienne, Kelis), and Tom Misch, Sgt Culpepper is a demonstration of the power of community, mingling self-reflection with wider social commentary. The record is split into four chapters: The Battle, which includes previous singles ‘W.A.R’ and ‘Return’, The Surrender, embodied by recent single ‘Poetic Justice’; The Love and The Lesson.

Joel’s desire to forge a sense of collectivism was the lifeblood for 'Sgt Culpepper', resulting in the diverse roster of talent attached to the project. As well as the aforementioned names, the record includes production from the likes of British multi-instrumentalist Redinho, South London rapper and Roc Nation signee Kay Young, Linden Jay (Poppy Ajudha, Rejjie Snow), and Grammy-award winning songwriter Jimmy Hogarth. "I've been inspired by how the UK jazz and Grime scene supports each other, it’s similar to what happens in the states. Collectives like Odd Future, Aftermath and the earliest being Motown. It’s soul’s turn to band together here, likeminded independent musicians working to support the scene and each other as a whole.”

Through charismatic storytelling, personal epiphanies, and the formation of a new creative collective that underpins his craft, 'Sgt Culpepper' ushers in a new era for Joel as an artist.