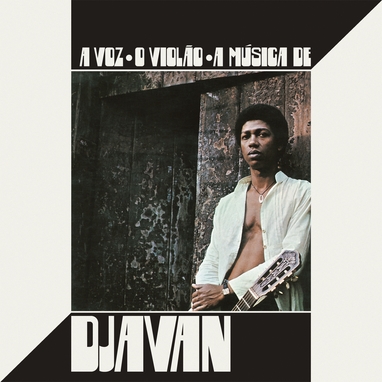 A2 Na Boca Do Beco

B6 Ventos Do Norte

MPB (Música Popular Brasileira) has often been a no-go zone among those inclined to approach Brazilian music only from a crossover perspective. That would explain why this outstanding Djavan’s first album is usually overlooked by those who aim to find a pinch of acid guitars, bars of jazz improvisations or funk beats in every Brazilian record they own.“A voz, o violão, a música de Djavan” should be a mandatory purchase for anyone with the slightest interest in Brazilian music. The beauty of the undoubted classic ‘Flor de lis’ alone should be encouraging enough to add this gem to any record collection, but the entire album is magnificent. Although some of the arrangements of the album may fall into the jazzier side of things and, yes, there are funky moments here and there, on this LP Djavan showcases acoustic samba music in full effect. Who has yet to hear ‘Maria Das Mercedes’, ‘Para-raio’, ‘Muito obrigado’... for the first time will be gladly surprised by the happy and endearing melodies written by the artist and the musical sonority of his lyrics.Djavan is backed here by the magnificent flute of Altamiro Carrilho, one of the most representative ‘choro’ musicians in Brazil, and the subtle keyboard licks played by Edson Frederico, who at the time was often performing with artists such as Maria Creuza, Sonia Santos or Jorge Ben, and had just recorded a solo album one year earlier.Decades after its original release date in 1976, “A voz, o violão, a música de Djavan” remains one of the milestones in Brazilian music from the post-bossa nova years, encompassing a wide range of traditional local sounds next to Djavan’s own personal style.