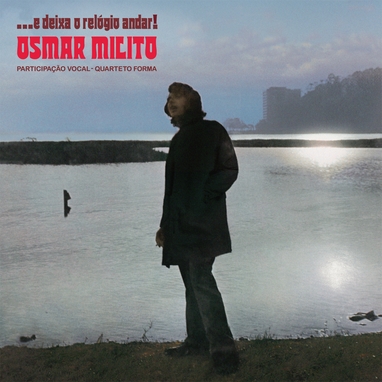 What Are You Doing For The Rest Of Your Life

To Rio For Love

During the 90s, a walk around London’s Camden Market inevitably meant listening to the music with groove that the most popular DJs had made fashionable at the time: soul jazz instrumentals and Brazilian music targeting the club dancefloors. Among all those songs that ended up becoming classics of the scene was the amazing cover version of Herbie Hancock’s ‘Cantaloupe Island’ that Osmar Milito had recorded in 1971. This song was probably the main reason that made his LP for Som Livre one of the most sought after Brazilian records by collectors from all over the world. Now we finally have a new opportunity to enjoy this album, reissued on vinyl for the first time.

Along with the aforementioned version of Herbie Hancock’s song, this first album by piano player and arranger Osmar Milito is full of versions of Brazilian classics, from Marcos Valle to Jorge Ben or Ivan Lins. Fierce samba jazz and bossa all the way through! Note that Milito spent the first years of his career as a member of the backing band of big artists such as Elis Regina, Jorge Ben, Nara Leão... and after two years working with Sergio Mendes in the United States, he returned to Brazil and recorded his first LP.

The line-up of performing artists on this album could hardly be more impressive: Quarteto Forma on the vocals, Luis Eça, Marcos Valle, Pascoal Meirelles (what an amazing drummer he is!)... and both sides of the record hide a seamless sequence of solid tune after solid tune with similar doses of instrumental and vocal tracks. Just listen to the magnificent ‘Garra’, ‘Que bandeira’ or ‘Rita Jeep’, or the sweet samba that gives its name to the record, and you will see why this LP should be up there, next to the best works of Arthur Verocai and Marcos Valle.