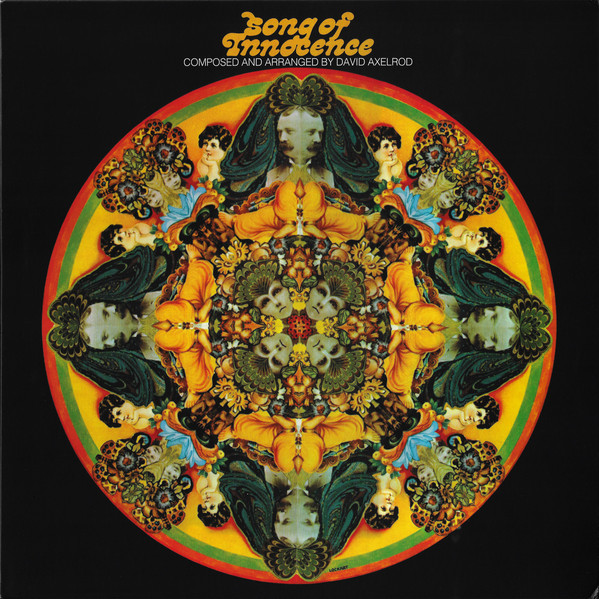 “With Song of Innocence…Axelrod unleashed his remarkable imagination, one that would forever shape his reputation as one of the decade's most eclectic and creative producer-composers.” – SPIN

Audiophile reissue, lacquered directly from Axelrod’s original EQ’ed master tapes at Capitol Records by Ron McMaster. Axelrod’s debut, and a ‘60s masterpiece. Celebrated as psychedelic, the birth of jazz-fusion, the harbinger of hip-hop, Song of Innocence is a hybrid that no one, not even Axelrod himself, could describe. Grounded by Wrecking Crew vets Earl Palmer and Carol Kaye’s funk, torn between the juxtaposition of musical elements, put at ease, Axelrod’s sweeping arrangements, which utilize brass and strings in a way that no one of his era did. It’s both violent and sublime.

This is the first Now-Again issue in a series of reissues centered around Axelrod’s Capitol Trilogy – Song of Innocence, Songs of Experience and Earth Rot – which will see release through 2018.

Contains oversized, 28 page booklet that delves into Axelrod’s incredible life and music, replete with never before published photos and an interview with Axelrod by Eothen Alapatt and Wax Poetics’ Brian Digenti.