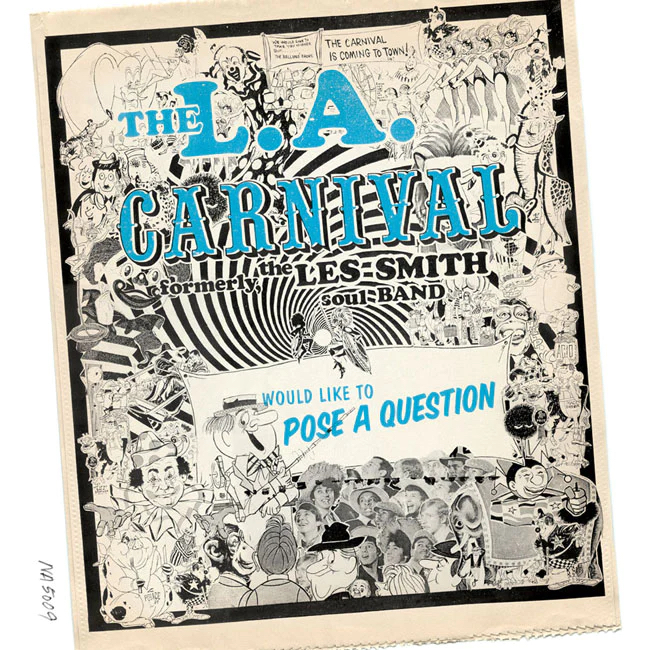 Would Like To Pose A Question is one of the first previously-unreleased funk and soul albums issued by Now-Again, and it still sounds amazing today. Well, it would have to: it's the brainchild of bandleader/drummer/singer/songwriter Lester Abrams (the L.A. in L.A. Carnival). Abrams helped create hit singles like "Minute by Minute" and “What A Fool Believes” for the Doobie Brothers and played with artists such as B.B. King, Stevie Wonder, Peabo Bryson, Manfred Mann, Quincy Jones and many more.

Before all that - in early 70s while still in Omaha - he brought a multi-racial band into the Pacific Avenue studio to cut an album's worth of material. Only one single - "Color" b/w "Blink Man" - was ever issued, and this album sat on master tapes in Abrams' closet. That is until Now-Again’s Eothen Alapatt intervened in the early 2000s and Would You Like To Pose A Question was at last given a proper full length release.