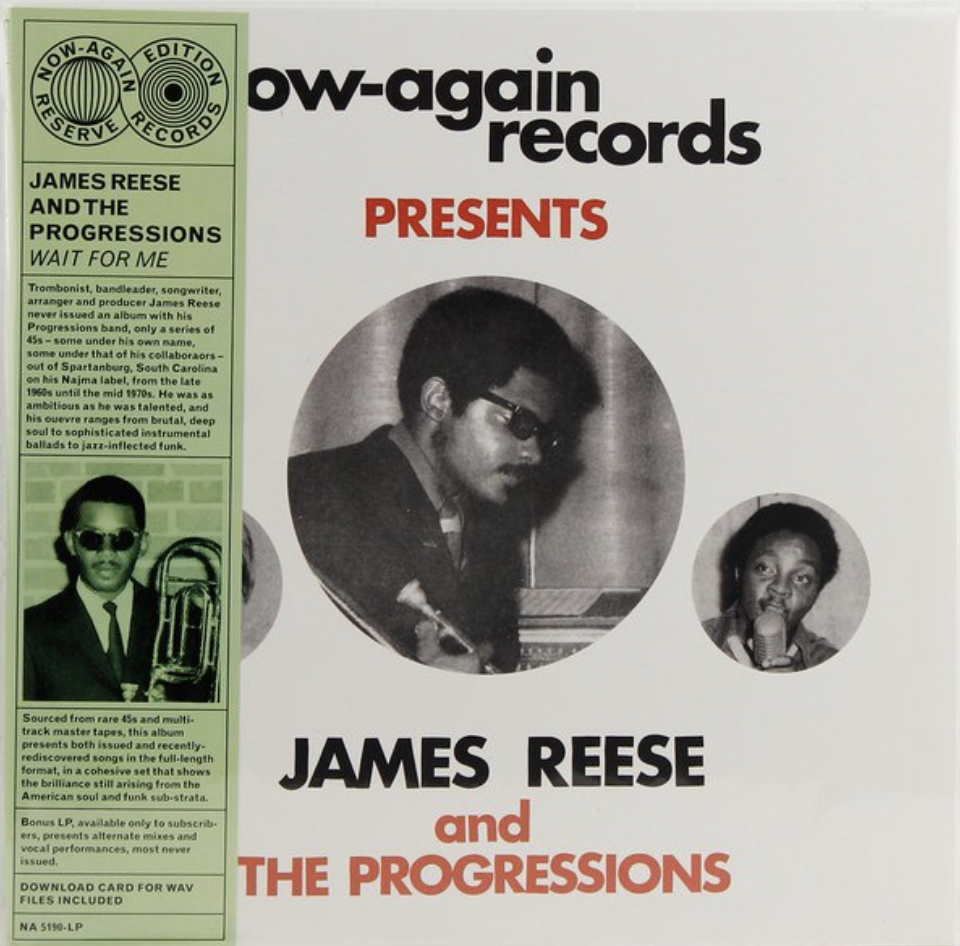 A4 Wait For Me

B1 It's Not But So Much Love Can Do

B2 I'll Find A True Love

B3 How Can I Make It (Instrumental)

B5 Fool For Love

B6 Joker, Where Did You Come From

Trombonist, bandleader, songwriter, arranger and producer James Reese never issued an album with his Progressions band, only a series of 45s – some under his own name, some under that of his collaboraors – out of Spartanburg, South Carolina on his Najma label, from the late 1960s until the mid 1970s. He was as ambitious as he was talented, and his ouevre ranges from brutal, deep soul to sophisticated instrumental ballads to jazz-inflected funk. Now-Again’s Egon first discovered Reese’s music on a 24 lock-in in Concord, North Carolina’s legendary record and antique clock repository, Ye Olde Clock Shoppe, in 1999. After he tracked down Reese, he officially reissued two of Reese’s songs on his seminal Stones Throw anthology The Funky 16 Corners. He later issued more of Reese’s music on the Now-Again anthology Loving On The Flipside.

Sourced from rare 45s and multi-track master tapes, Wait For Me: The Complete Works 1967-1972 presents both issued and recently-rediscovered songs in the full-length format, in a cohesive set that shows the brilliance still arising from the American soul and funk sub-strata. Long time Now-Again associate Kenny Dope presents a remix of the song “Throwing Stones,” and Now-Again mastering engineer Jason Bitner presents alternate mixes of various cuts on a bonus second LP, available only to subscribers. Those mixes are also included as part of the 2 CD set that accompanies the vinyl album. Both LP and CD version contain an extensive booklet detailing the trajectory of Reese and his band.