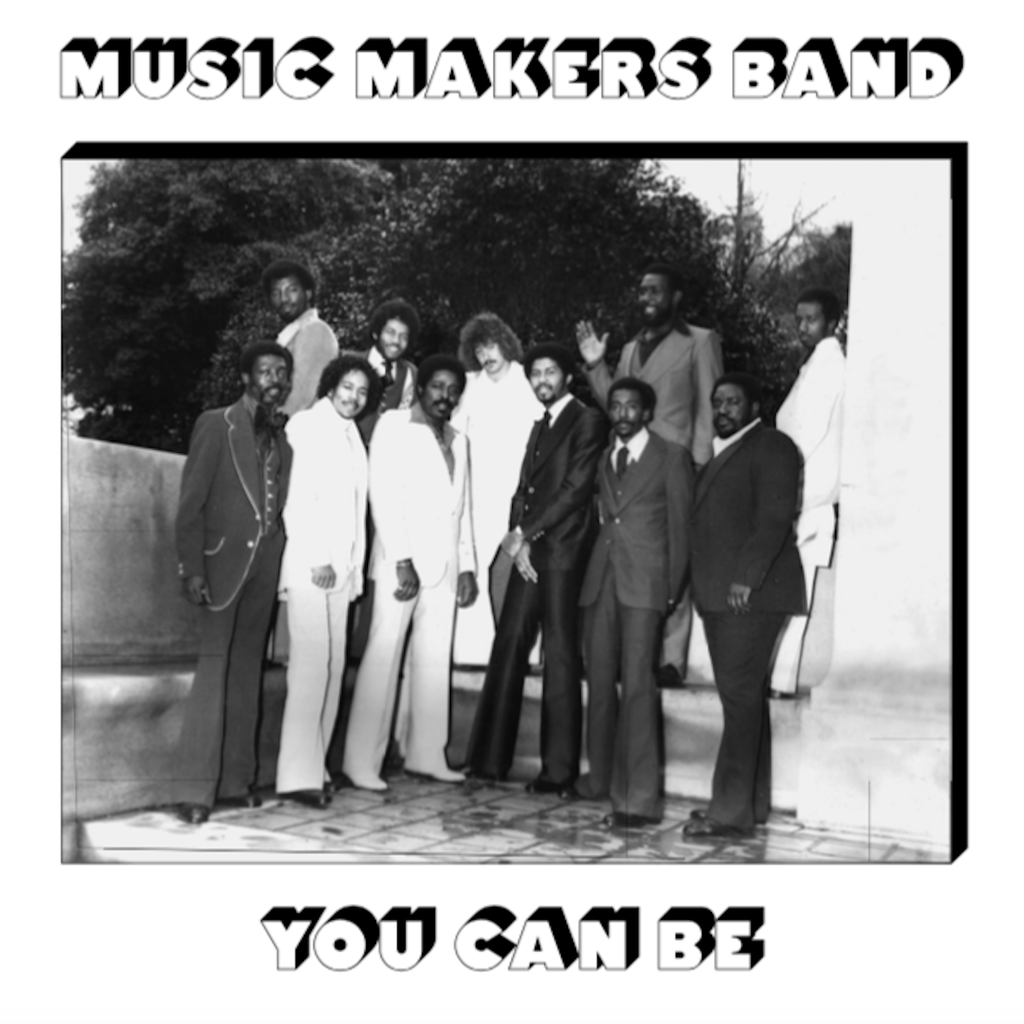 Music Makers Band, You Can Be

A1. That Look In Your Eyes

A3. Lady In My Dream

A4. Let Me Start Lovin’ You

B2. Shake Your Booty

B3. That True Love Of Mine

Tucked in the back corner of a linen closet in Macon, Georgia since 1979 sat a box that very few people knew existed. Lost and presumed forgotten, this box contained reel-to-reel tapes of the lost album by the band that issued the lauded Black Gold as The Mighty Chevelles in 1977. By 1979, while transitioning to the name Music Makers Band, the band entered Capricorn Studios and recorded this previously-unreleased disco funk opus, finally issued as You Can Be as part of the Now-Again Reserve series.

Nearly all songs have been remixed from the original multi-track masters by Kenny “Dope” Gonzalez. Bonus second LP contains instrumentals and Kenny’s extended edits of selected tracks – available only to subscribers. Georgia funk and soul historian Brian Poust details the band and album’s story in detailed liner notes in an oversized booklet. Download card for WAV files included with LP.

• LP contains booklet with extensive liner notes detailing the history of the album.

• Each of these albums are produced with the direct participation of their creators, all of whom saw their original albums’ releases disappear into the ether.