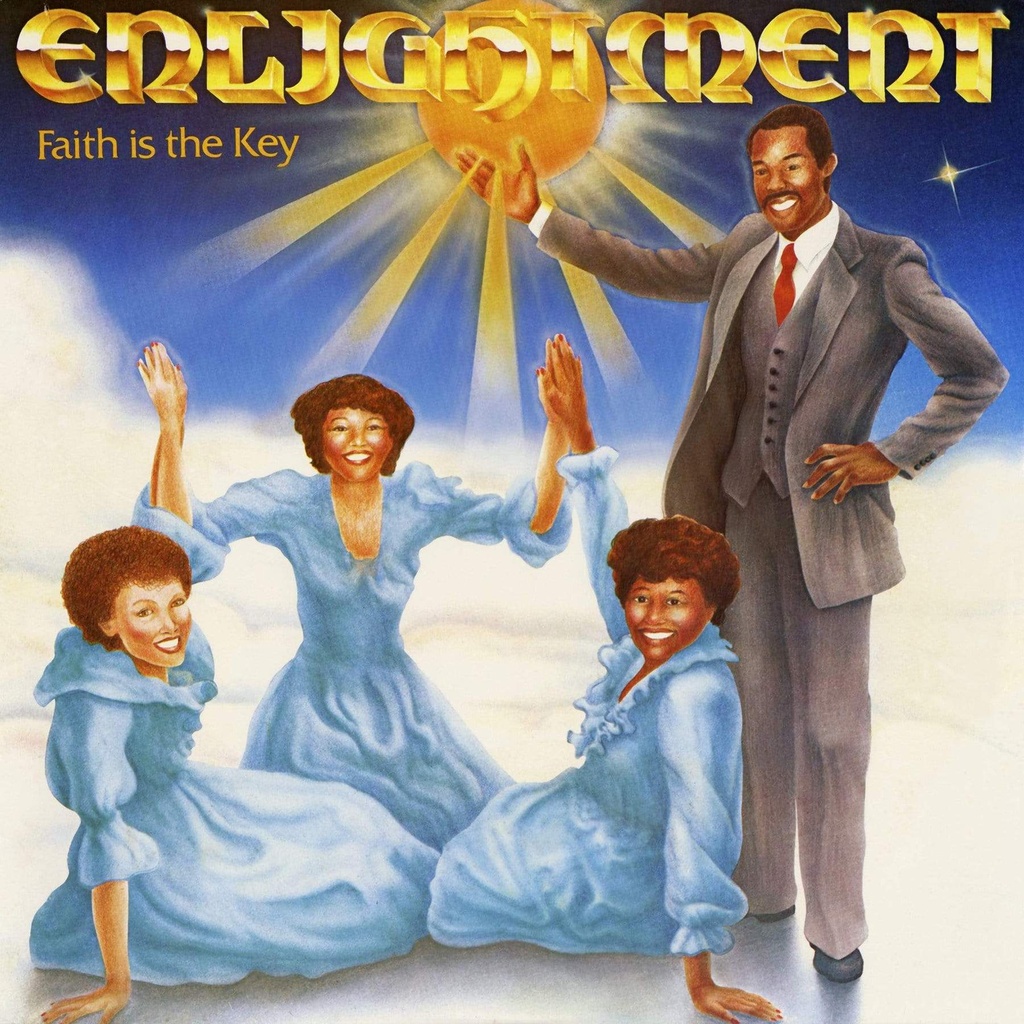 Enlightment, Faith Is The Key

A1 Faith Is The Key

A3 Jesus Will Always Be There

B3 Jesus Is Walking By

B4 I Got To Get Away

B5 Him That’s On Top Of The World

After more than three decades as a lost classic, the debut album by Washington DC soul/gospel outfit Enlightment is finally receiving a proper release. Founded by ordained bishop Larry H. Jordan and his brother-in-law Frank Tinsley in the early 1980s, Enlightment was among the first groups to fuse modern R&B production with gospel themes. Unfortunately, the independent release of their 1984 debut album Faith Is The Key was torpedoed when both their distributor and pressing plant went out of business. “We knew we were getting airplay across the country, but we couldn’t get the product in the stores at the time”, explains Tinsley of the missed opportunity. Only a handful of Faith Is the Key LPs ever made it into the public’s hands.

As a result, the record became a holy grail for collectors. It was rediscovered around the year 2000, when copies started selling online for over $2000. While disappointed in the record’s lack of immediate impact, the group’s founders are not surprised by its recent revival. “It’s just good music with a spiritual message, that’s why it stood the test of time,” says Tinsley. “We made sure we had very crystal clear production,” adds Jordan. “We knew we had a gospel beat, but we wanted to be dynamic and innovate.” Thanks to an official vinyl rerelease via Nature Sounds with worldwide distribution, listeners can now experience that innovation first-hand.