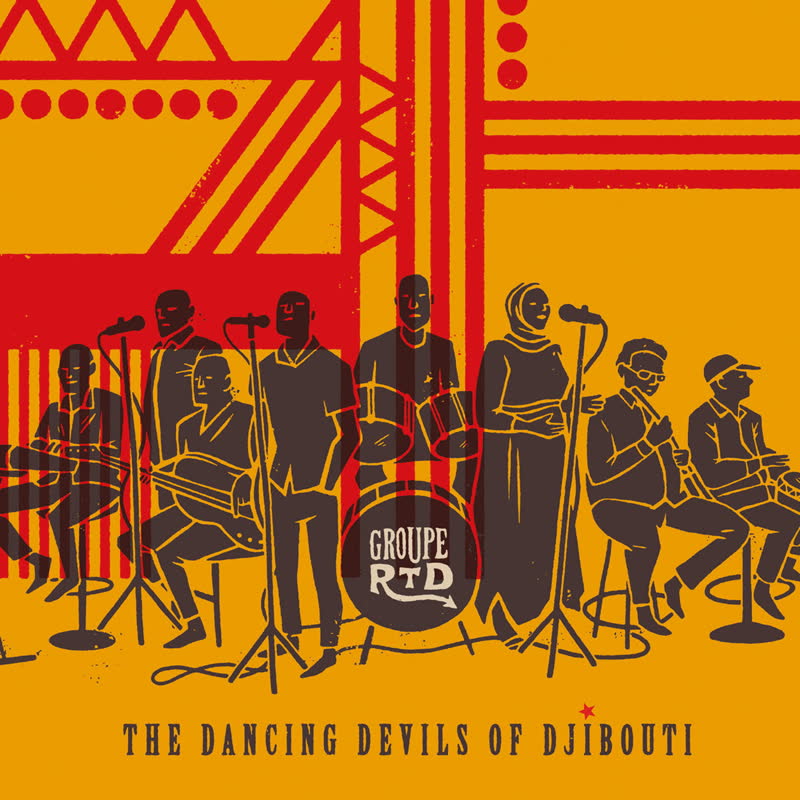 The first ever international album from the Republic of Djibouti and Ostinato's first studio recorded album. While the music of Somalia is widely celebrated, its neighbor, Djibouti, formerly known as French Somaliland, is home to an equally deep reservoir of its own unique Somali music.

A stunning collision of Indian Bollywood, Jamaican dub and reggae, sleek horns inspired by Harlem's jazz era, and the haunting and joyous synthesizer melodies of the Red Sea by Groupe RTD, the national radio band of Djibouti and one of East Africa's best kept secrets.

Helmed by Mohamed Abdi Alto, possibly the most unheralded saxophone virtuoso in all of Africa, and mentored by guitarist Abdirazak Hagi Sufi -- both of whom feature as instrumentalists on our Grammy-nominated compilation Sweet As Broken Dates -- Groupe RTD is the finest expression of Djibouti's cosmopolitan music style.

Recorded in three days -- as per the strict limit set by Djibouti's national radio authorities -- with a state-of-the-art mobile recording studio replete with the very best audio interfaces and carefully positioned microphones around a less than soundproof room to achieve a vibrant, professional sound while maintaining the analog warmth of decades prior.

Double vinyl pressed at 45 RPM, housed in a gatefold sleeve.