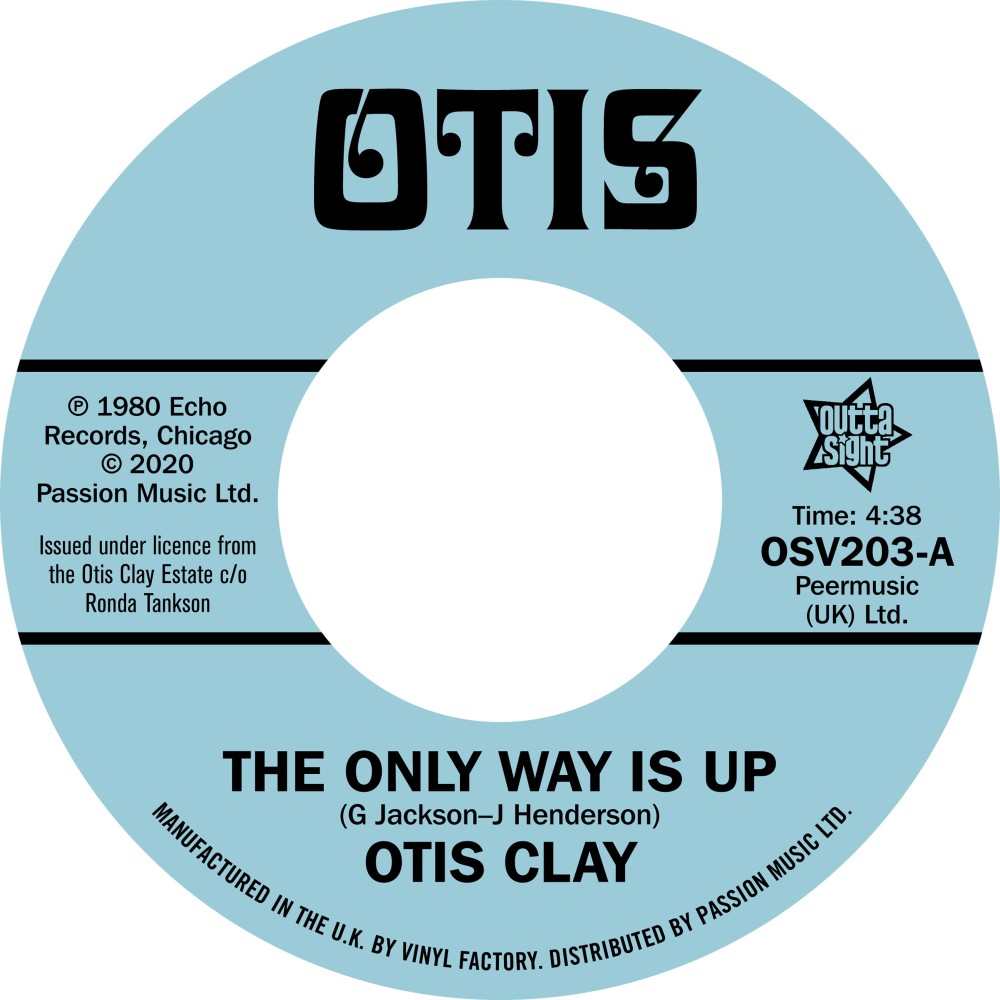 Otis Clay, The Only Way Is Up / Messing With My Mind

The Only Way Is Up

Messing With My Mind

THE ORIGINAL AND BEST VERSION

“The Only Way Is Up” has long been regarded as a dance floor anthem and with its uplifiting lyric couldn’t be more appropriate as the soundtrack to current times as we slowly return to a more normal way of life. It has taken 40 years for this magnificent, original version of the song to finally see a reissue and our thanks go to Otis Clay’s daughter, Ronda, for helping to make this possible.

The song was written by George Jackson and Johnny Henderson and originally recorded by Otis Clay in 1980 on his own ‘Echo’ imprint. Incredibly it was a non-hit at the time and came towards the end of a long and prolific career for the Chicago R&B singer. Clay had previously recorded for the Leaner brothers at ‘One-derful!’ before moving on to ‘Cotillion’, ‘Atlantic’ and ‘Hi’ (amongst others). George Jackson also worked as a staff writer for ‘Hi’, after a successful run at Goldwax, but it was while he was with the Muscle Shoals Sound Studio that he wrote “The Only Way Is Up” for Clay.

In 1988 Jackson hit paydirt when his song was reinveted by the dance duo Coldcut for Yazz and the Plastic Machine. It was an immediate hit and spent five weeks at the top of the U.K. pop charts. It also became a No.1 hit across Europe although barely scraped into the Hot 100 in the U.S.A. In recent times it has been used as the theme to the popular TV show The Only Way Is Essex.

But, of course, it is Otis’ ‘soulful’ original that we all want to hear and it is still packing the dancefloors across the country as witnessed at last years fabulous ‘International Soul Festival’ at the Blackpool Winter Gardens! With prices in 3-figures and rising its time to grab a bargain… “the only way is up”!