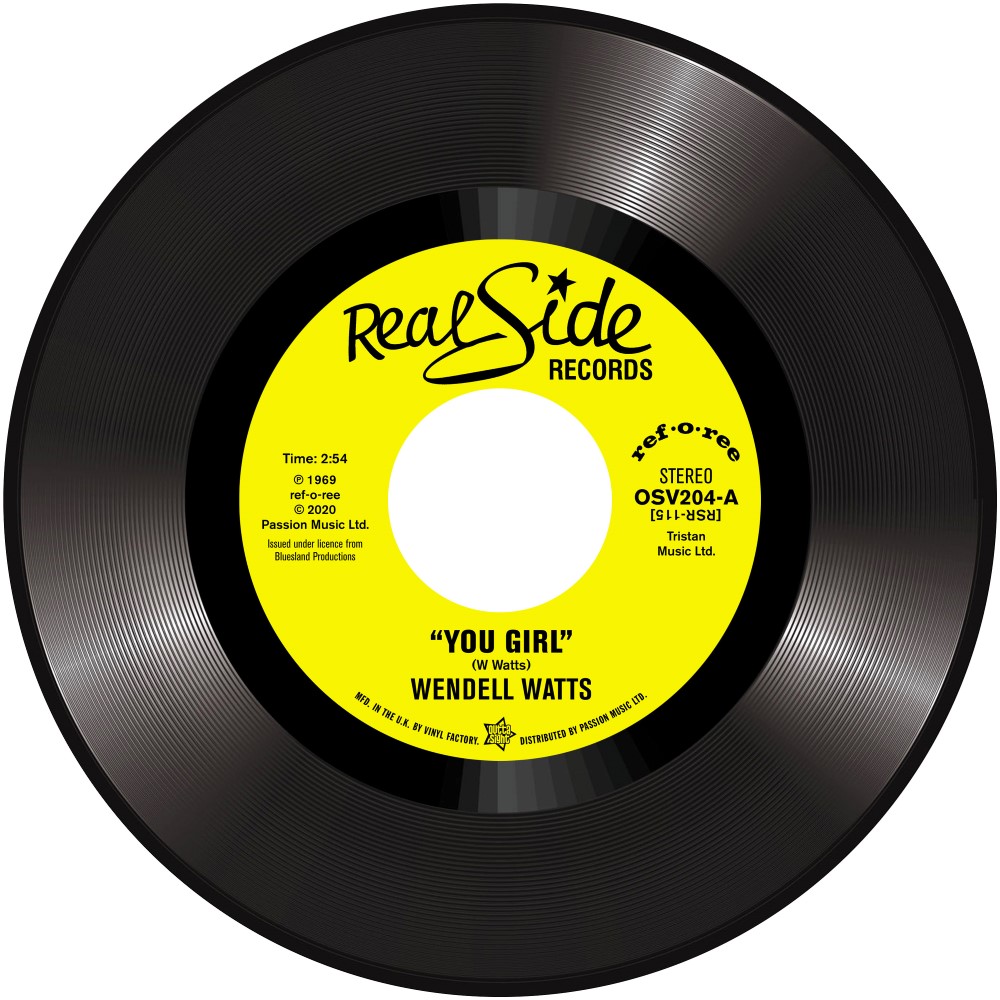 SOUGHT AFTER SIDES BACK-TO-BACK FOR THE FIRST TIME

SOUL FROM THE REAL SIDE!!!

Outta Sight’s collectable ‘Real Side’ series continues with two stunning sides from  Ted Jarrett’s Nashville based ‘ref-o-ree’ label. Jarrett was a hugely successful songwriter and producer for a number of Tennessee labels before he formed Poncello and Spar ahead of the harder Soul sounding ‘ref-o-ree’ that was home to our star turn Wendell Watts.

Little is known about Wendell Watts other than he recorded and released two 45s for the ‘ref-o-ree’ label in 1969. According to some sources he hailed from Detroit but these recordings are certainly Nashville based and were produced by label owner Ted Jarrett and arranged by his long-time collaborator Bob (Robert) Holmes. The 45s are highly collectable with “Kiss A Good Thing Goodbye” rarely seen for sale and available as a reissue for the very first time. Incredibly, both of our featured spins were originally released as B-sides. “You Girl” on the back of Watts’ soul-cover of the Peppermint Rainbow hit “Will You Be Staying After Sunday”, whilst “Kiss A Good Thing Goodbye” played second fiddle to the novelty Bob Holmes song “The Love Bug”. The latter was reissued in 1972 coupled with “Grooviest Thing Side Of Heaven” on the tiny Jiminie logo. Watts also released a chidren’s Christmas album in 1972, for which he wrote most of the songs, before bowing out of the music industry.