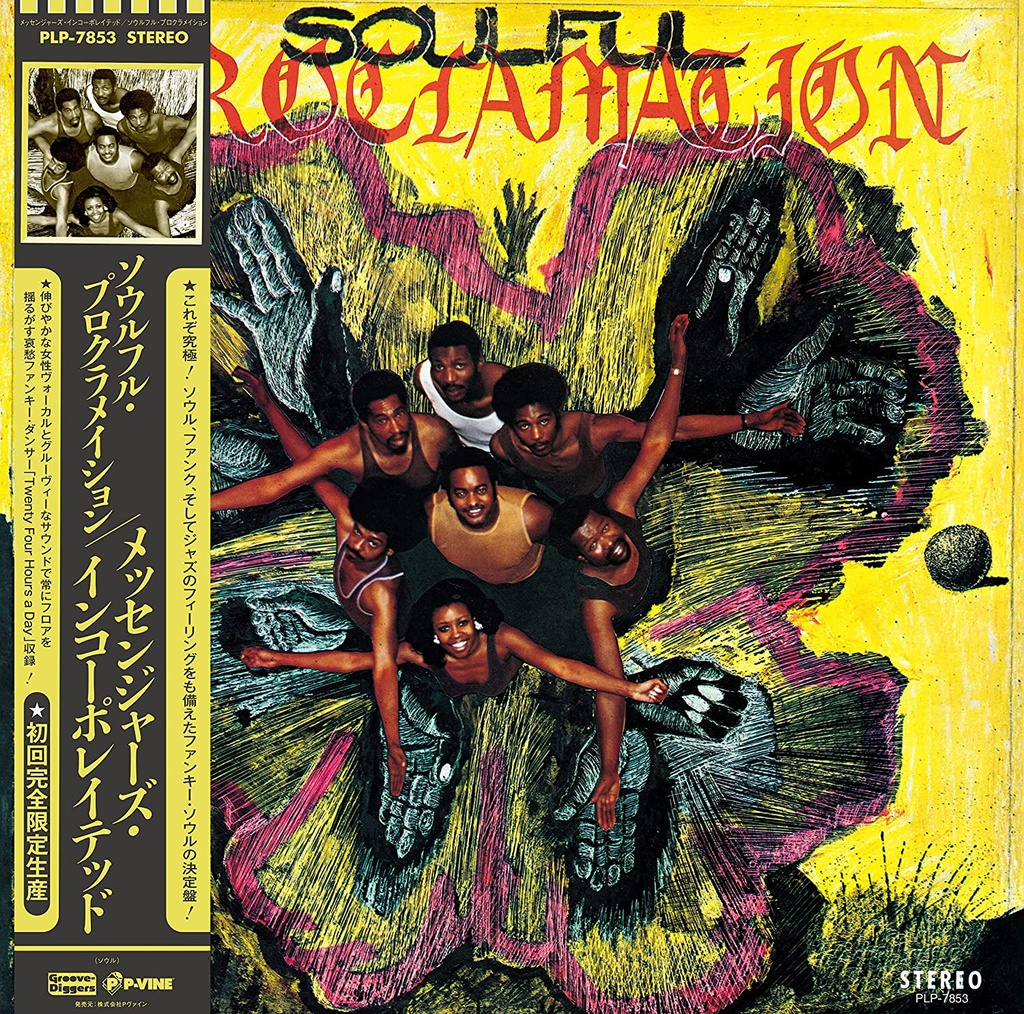 Soulful Proclamation was the first and only LP to be released by Oklahoma band Messengers Incorporated, and its glowing hues of psych-infused funk and soul has kept its legacy burning bright among rare groove circles. Originally released in 1972, it was briefly swept up in the booming popularity of deep-funk, before the band promptly dispersed, and the record ended up in the vaults of rare record fame. P-vine is thrilled to present Soulful Proclamation as a limited edition LP with an iconic Japanese obi strip attached.