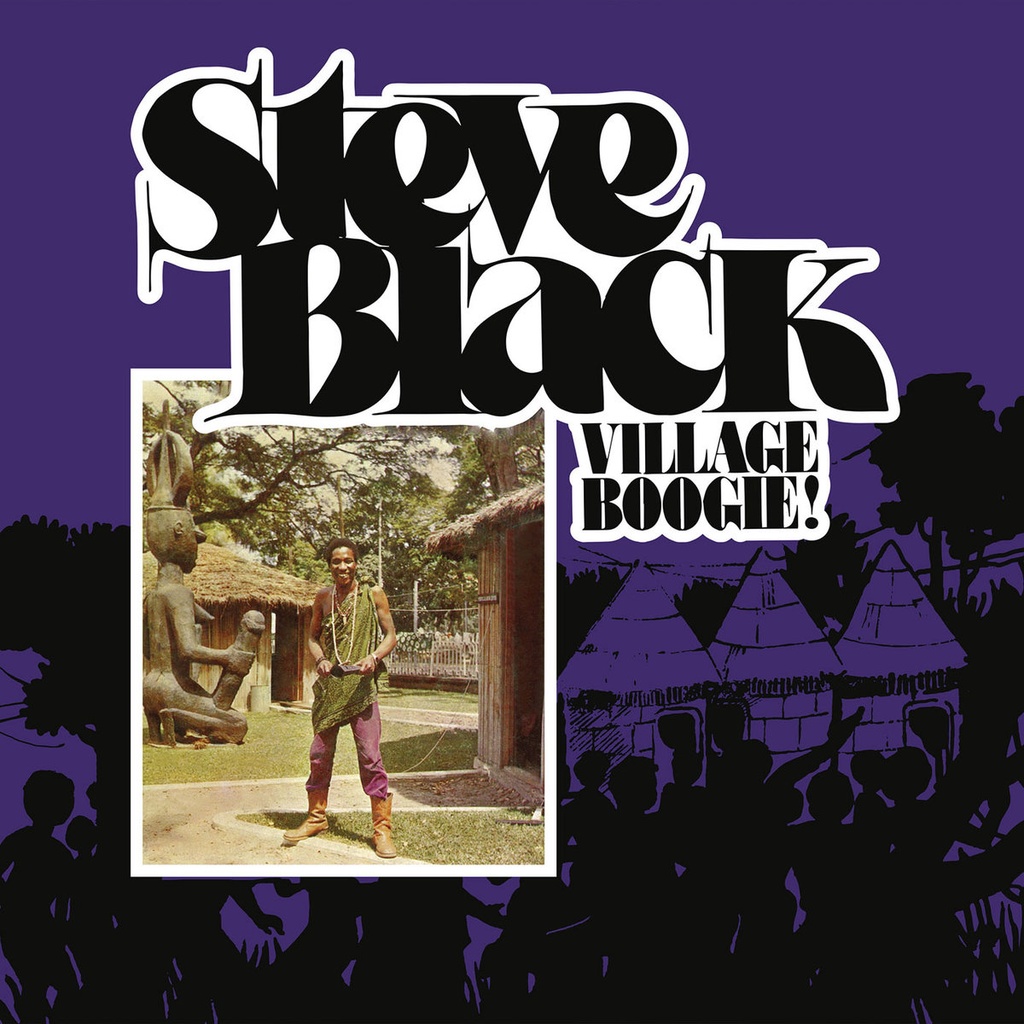 A3 Step Out When You're Down

B3 When You Know What's Wrong

B4 Fun In The Street

After starting his musical carrer back in 1968, the Nigerian artist, drummer, singer, multi-instrumentalist and producer STEVE BLACK released his fantastic and unique album “Village Boogie!” in 1979. “Village Boogie!” really deserves the status of a legendary rarity and holy grail for fans of afro funk music. The original album is incredibly rare today and fetches prices of 800,00 and more USD! On this unique album Steve Black presents a new version of the smasher ‘Brand new wayo’, originally played by the band MIXED GRILL, in which Steve Black was also the singer. Along with that hit “Village Boogie!” gives us six other groovers and movers that make your hips shake like you were hit by an earthquake, and in fact this is an earthquake of ever pulsating polyrhythmic drum and percussion patterns, as solid platform for lush horn arrangements and swinging bass lines. A little bit of guitar and other instrumentation adds color to the whole wild steaming funky sound and on top we find the utterly distinctive voice of Mr. Steve Black. “Village Boogie!” omes as strong as the best US funk releases of that days, but in fact has this very special Nigerian power to make anyone move the hips, since this music comes from the very depth of the musicians’ souls. The album spreads a joyful and jolly feeling where and whenever you make it rotate on your turntable. It’s a brilliant afro funk gem that everybody needs to hear. The concentration of real anthems moves on a highest level. PMG soon will also release Steve Black’s second album “Happy birthday to ‘U'” and on top of that: Mr. Black is now in studio again to record a brandnew album for you – watch out for his new funk masterpiece, released on PMG!