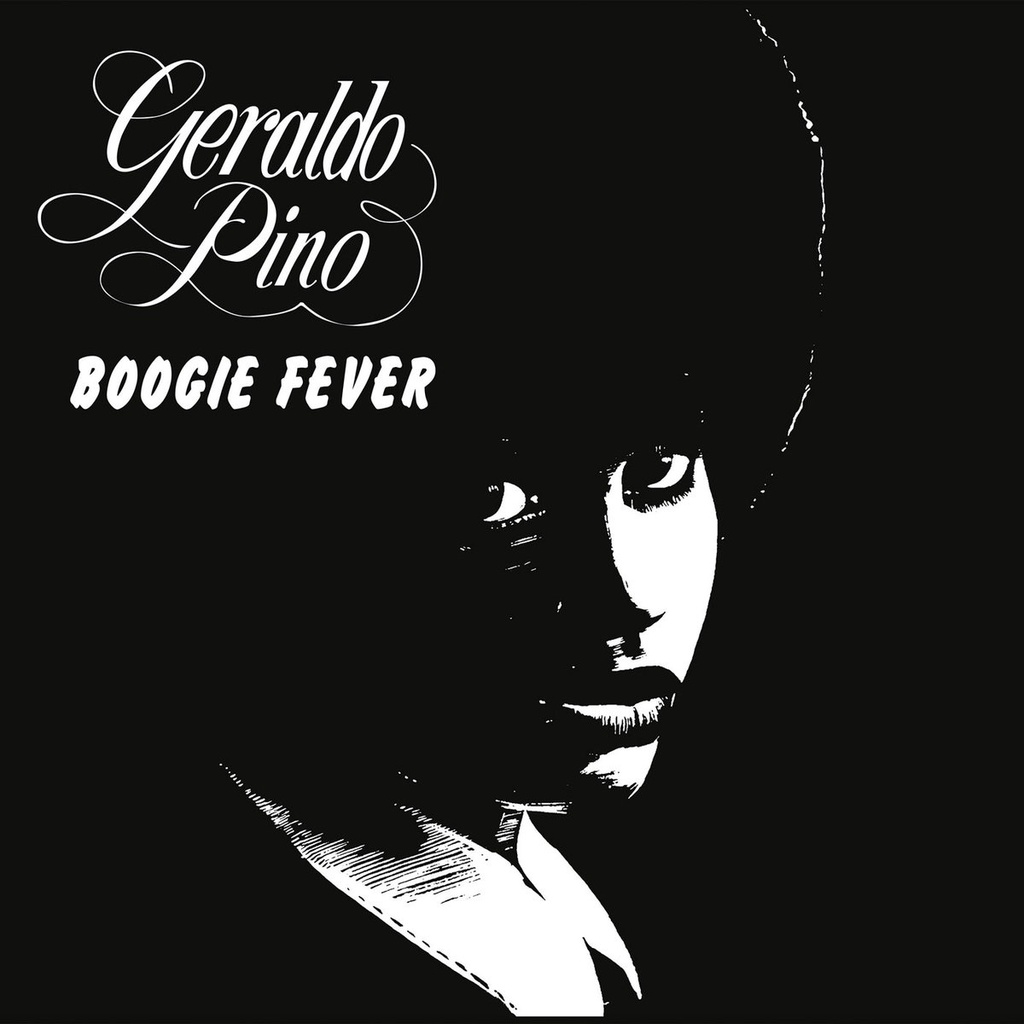 * Another milestone oft he African pop music in the 70s

When Geraldo Pino rolled into town from Sierra Leone with his Heartbeats, Nigeria had never seen anything quite like them. Slick, tight and playing the latest James Brown-style funk on the very expensive equipment, they soon had the country in their thrall. ‘Made me fall right on my ass!’ a chastened Fela Kuti remembered in 1982. Fans of Geraldo’s disarmingly eloquent enunciation on early albums ‘ re-issued soon by PMG ‘ may shocked the gruff, rawer tones on Boogie Fever. The album starts with a jaunty reggae track extolling the virtues of ganja and, later, ‘Dance Fever’ sounds like it was recorded down in Trenchtown after Geraldo had taken a toke or two of his own advice. Even the more traditional funk tracks like ‘African Hustle’ have a darker, more threatening vibe. Not that that is a bad thing. Boogie Fever is the sound of consummate musician letting his hair down. Or in Geraldo’s case, letting it grow into a tight afro and not bothering to watch his Ps and Qs anymore. – Peter Moore / “Geraldo Pino came to Nigeria from Freetown in Sierra Leone in 1968 with his band THE HEARTBEATS and quickly changed the music scene completely. He was the first bandleader that brought sophistication into show business. He owned the best musical equipments, his costumes on stage was fantastic, his musicians were good looking guys with afro hair styles. His drummer then was Francis Foster who later played percussion with Paul Simon. Pino got the title of THE HARDEST WORKING MAN IN SHOW BUSINESS in Nigeria. Girls loved him. I later joined his band with new set of musicians in 1974 as a singer while he based in Kano in the north of Nigeria. To survive in Nigeria those days as a musician you have to be very good on stage and Pino was. His stagecraft was exhilarating, his costumes were dazzling, he command the band and his audience wherever he played with his dancesteps and he became an inspiration to many Musicians. He later moved to Port Harcourt where he lived and died many years ago. Though he is dead, his music lives on through his many songs and this vinyl in your hands. His memory also lived with those who watched him on stage. Ladies and gentle men, this is GERALDO PINO!” – Steve Black