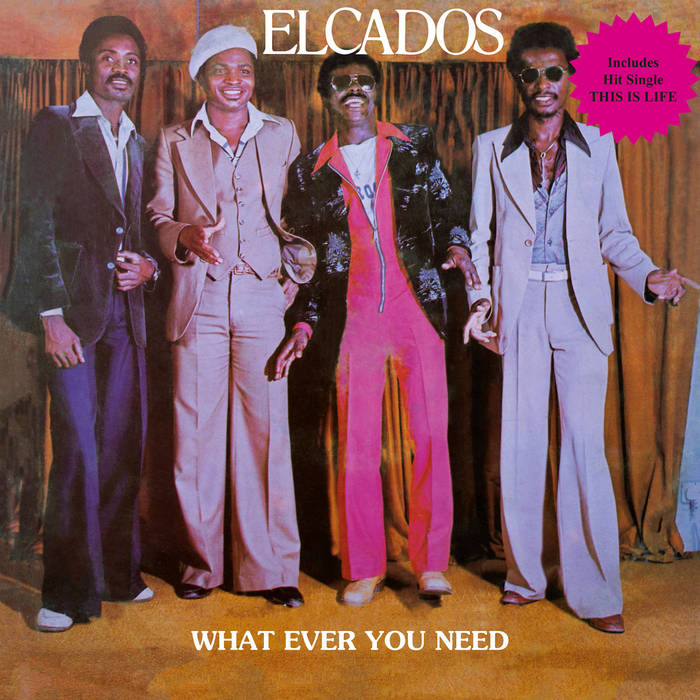 Elcados, What Ever You Need

A1 What Ever You Need

A2 Cross Over Reggae

A3 The World Is Full Of Injustice

B1 Marry The Poor

B3 This Is Life

By the 1979 release of Whatever You Need, the Elcados were ready to party. ‘We got rhythm, we got sound,’ they declare on ‘Funky Music’. ‘You’re going to dig it!’ Starting out as the Moonrakers in Kanu in 1968, Steve Black, Rocky Mustapha, Tony Nosika and Frank Martins, spent the next decade gigging their way out of the north, including a surreal set with Khalifa Baba-Ahmed at the Miss New Nigeria contest. They released two rock-oriented albums in the mid ’70s before hitting a disco/reggae groove on Whatever You Need. The album starts with the title track, a bouncy reggae number guaranteed to fill the dance floor. ‘Cross Over Reggae’ keeps the mood light before ‘The World Is Full Of Injustice’ delivers a bit of Rasta indignation. Funk monsters ‘Marry The Poor’ and ‘Funky Music’ bring it all home, reminding listeners that the guys didn’t drag out their best shiny suits just to smoke spliffs. Sadly, Whatever You Need, was the last record the Elcados released. But they went out with the glitter ball burning brightly, dimmed but a little by the fug of the righteous herb. – Peter Moore