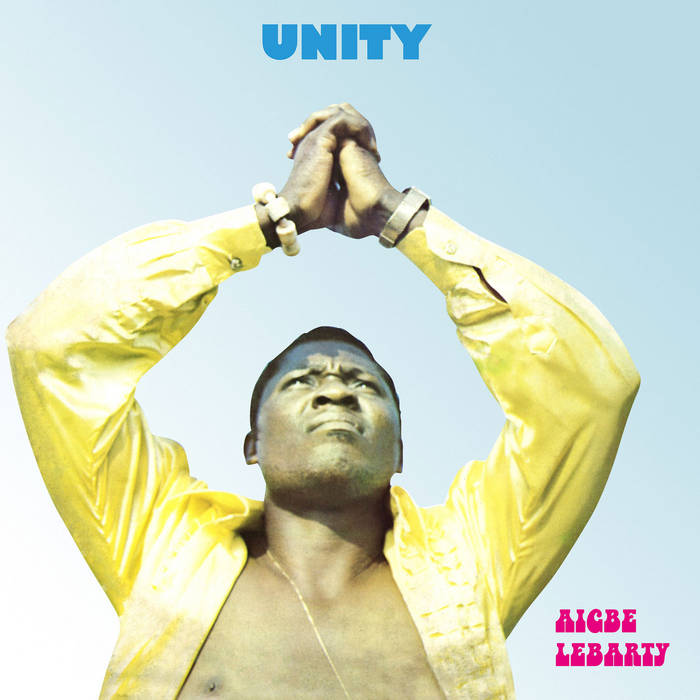 A2 His Highness Erediauwa 1 Oba Of Benin (Part 1)

B1 His Highness Erediauwa 1 Oba Of Benin (Part 2)

In 1979, long-time Highlife veteran Aigbe Lebarty decided to try his hand at high-energy disco funk. Checking the Lebartone Aces at the door, he borrowed the Sex Bombers from Prince Omo Lawal-Osula and created Unity, a sure-fire dance floor stomper that channels ‘Ring My Bell’ into a clarion cry for, well, unity … and a good time. The title track is the undisputed highlight of the album. It rattles along in a wonky, skittish fashion, with the high-pitched toms dueling with the Sex Bombers in a musical game of Space Invaders. ‘His Highness Erediauwa 1 Oba Of Benin (Part 1 &2)’, sees Aigbe slips back into Highlife like a comfortable pair of slippers. The tracks were a gift to Erediauwa, who had just been crowned the 38th ruler of the Edo people in Benin City. Like eastern Nigeria, Benin City had remained a haven for highlife, so no surprises there. Spookily, the re-issue of this album by PMG coincides with the passing of his Highness Erediauwa 1 and the coronation of his successor. There is no word whether a follow-up is in the works. – Peter Moore