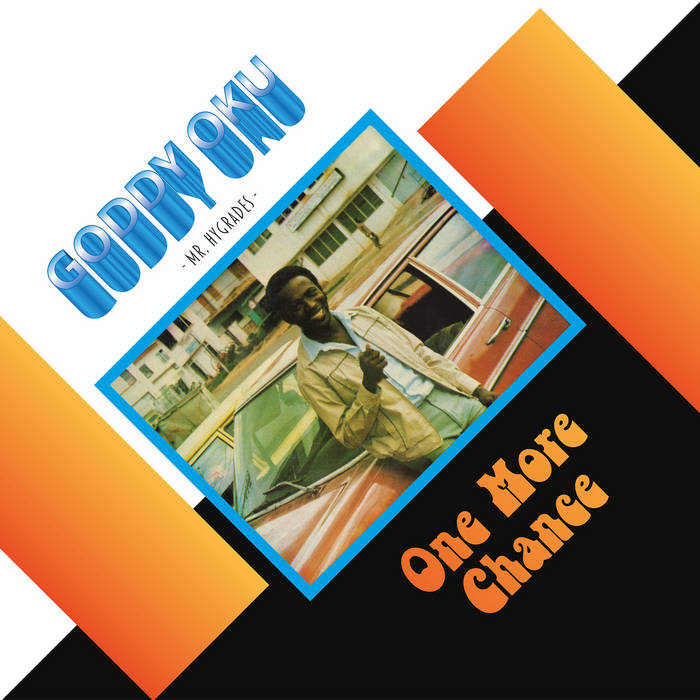 A2 One More Chance

B3 The Song I Sing

* For fans of Hot Chocolate, Earth Wind and Fire

Goddy Oku was the Eastern Nigerian music scene’s Mr Fixit. Need a new guitar’ He’d make you one. Couldn’t afford a fancy new effects pedal’ Give him a couple of days and he’d knock up something that would do the job. Oh, and he was also a red-hot guitarist with The Hygrades, one of the heaviest bands to come out of the east. When music started getting more electronic in the late 70’s and 80’s, Goddy was there, tinkering and experimenting. He built Godiac studios in Enugu, where fellow wonk, William Onyeabor recorded Crashes In Love. Between producing countless albums, he used his DIY skills and studio acumen to record One More Chance. ‘Don’t Ask Me’ is the bomb, a dance floor chugger that sets the tone of the album with cheeky vocal interplay between Goddy and his backing singers, Alice Okaro and Sandra Okagbue. They’re soon asking for forgiveness on ‘One More Chance’ and enjoying the fruits of reconciliation of the chirpy ‘Everything’. One More Chance is a wonky, synth driven masterpiece that is funky and quaint in equal measures. It will bring a smile to your face and an irresistible urge to dance to your feet. – Peter Moore