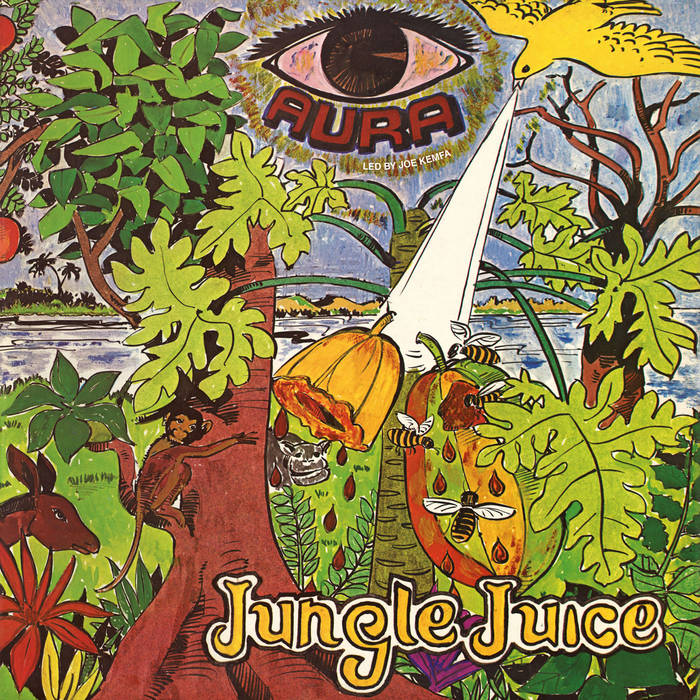 B1 I Love Somebody

* Funk with a progressive space disco edge from Nigeria

Jungle Juice is a paean to the redemptive powers of boogie ‘ a slab of New York ghetto grooves getting its freak on in the jungles of Africa. Joe Kemfa promises a magical party and that’s what you get – from the straight-ahead party grooves of ‘Jungle Magic Music’ to the more slinky and sinuous ‘Jungle Juice.’ Hailing from Warra in Nigeria’s Delta region, Joe Kemfa made his name with The Junkers and the Don Bruce Band. He recorded a few singles with Larry Ifedioranma from Ofo The Rock Company before disappearing to Europe. He returned in 1978 with two Germans in tow and, together with Cameroonian drummer Ali Ringo, they formed Aura, Joe’s backing band on Jungle Juice. The best tracks are the freakiest. ‘I Got To Make It’ bemoans the cost of living, before becoming a stoned plea to the Lenleys, Joe’s very own Lijadu Sisters, to boogie it on a Saturday night. Freaky and funky, Jungle Juice is the sound of James Brown and Parliament jamming after a night on some nasty Delta home brew. One listen and you’ll want to get your hands on some Jungle Juice too. – Peter Moore