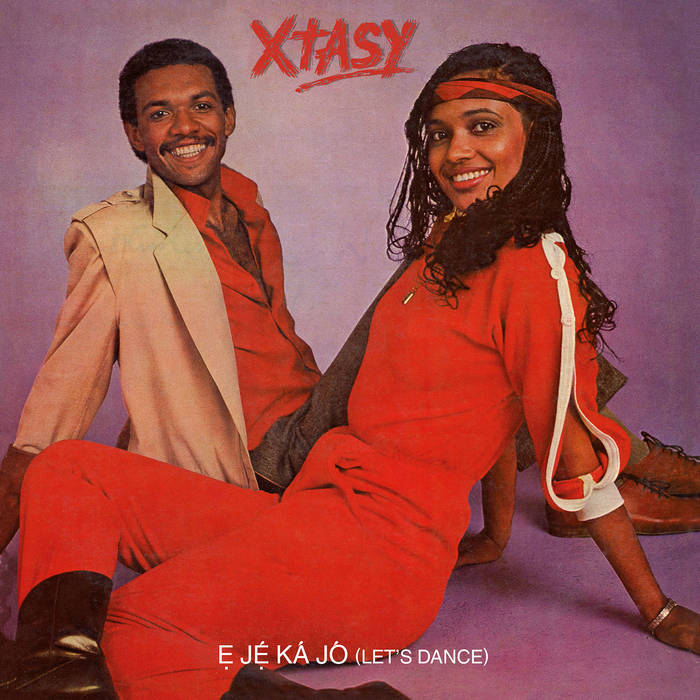 * Brother / Sister duo from Nigeria produced in the USA

Recorded in the USA, E Je Ka Jo is the only record released by Nigerian brother and sister act, Xtasy. It is also a stone cold, boogie classic and remains one of the most sought-after records of its type in the world. E Je Ka Jo means “Let’s Dance” and in 1983, Roy and Stella Bruce were whisked away to LA to record their certifiable dancefloor classic. Their brother, entertainment mogul Ben Murray Bruce, owned the label and called in favours with the America’s finest session players, including songwriter Greg Wright and bass player Keni Burke. Wright produced the album and wrote all the songs. He’d worked with Diana Ross, Thelma Houston and Bobby Womack and added a slick international sheen to each track. The sound is smooth, sophisticated and sexy and one that would be welcomed on dance floors anywhere in the world. Strangely, E Je Ka Jo was only ever released in Nigeria. An international release was stymied, but that only served to cement the albums status as a modern soul boogie classic. Thirty years later, that injustice has finally been rectified. – Peter Moore