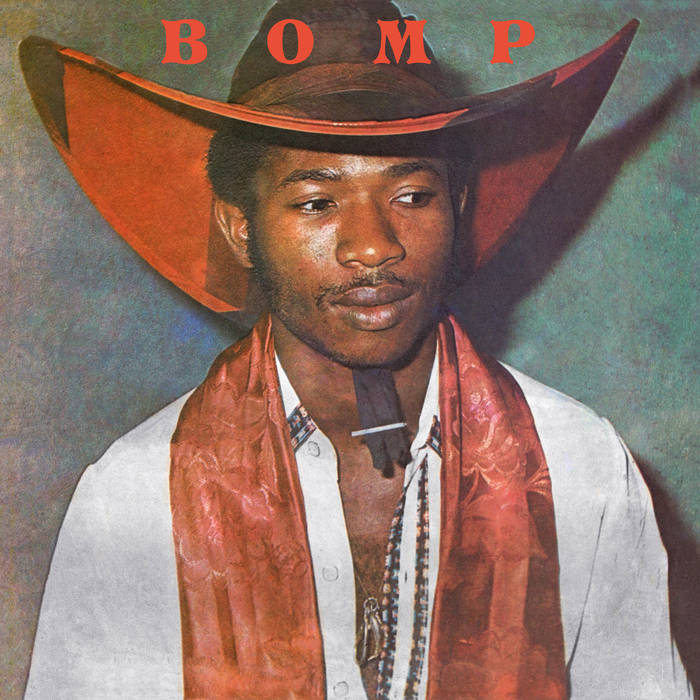 B1 World Of Misery

B2 World Of Love

B3 Take Me High

It takes a lot of swag to wear a hat as big as the hat that I.G. wears on the cover of Bomp. But I.G., a.k.a. Bobby I.G., a.k.a. I.G. New Yorker, had swag by the bucket load. That hat tells you everything you need to know about I.G. and, indeed, about Bomp ‘ it’s a big funky slice of Nigerian cowboy disco magic. I.G. was a player in the thriving Enugu boogie scene, a scene, in the east of the country, that also produced Goddy Oku and William Onyeabor. With Mr Mighty Flames, Willie N’For on bass, Austin Onwurah on drums and all the bells and whistles of the Godiac Studios close at hand, a Nigerian disco classic was inevitable. ‘Disco Bomp’ and ‘Disco Power’ are straight-ahead floor-fillers. ‘Funk ina Ghatto’ has a slower, dirtier groove. ‘World of Misery’ takes a slight calypso reggae detour, before ‘Take Me Home’ brings it on home, with an unabashed plea for ‘loving’ and some delightfully wonky synth lines from another Mighty Flame, Frankie Song. Bomp was I.G.’s only album. It’s a startling one-off disco boogie classic that was clear in its ambition and perfect in its execution. A bit like the hat, really. – Peter Moore