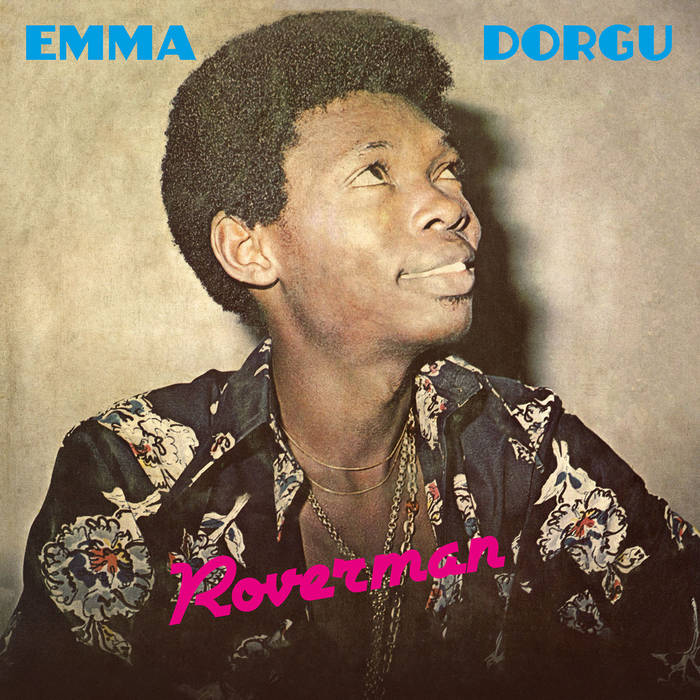 A1 Free My People

In 1979, Emma Dorgu decided it was time to act. He’d torn up the Lagos live scene with The Thermometers and conquered the airwaves with the single, ‘World People’. But there were injustices afoot, not just in Nigeria, but in South Africa and Zimbabwe and across the continent as well, and he felt that something needed to be done. Roverman was his politicized call to action. Blackman Akeeb Kareem lent him the instruments and let him rehearse in his sitting room. Dorgu sets his stall out early in the reggae-tinged ‘Free My People’ calling for freedom for South Africa, freedom for Zimbabwe, indeed, freedom for all. Thankfully political injustice hadn’t rid Emma completely of his urge to get on down. The New York ghetto funk of ‘Roverman’ and ‘Loving’ and the straighthead boogie of ‘Afro Fever’ leaven the message with a funky beat and an irresistible pull towards the dancefloor. On Roverman Emma Dorgu has achieved that that rarest of beats, an album that challenges your mind while it speaks to your feet. Protest music has never sounded so funky. – Peter Moore