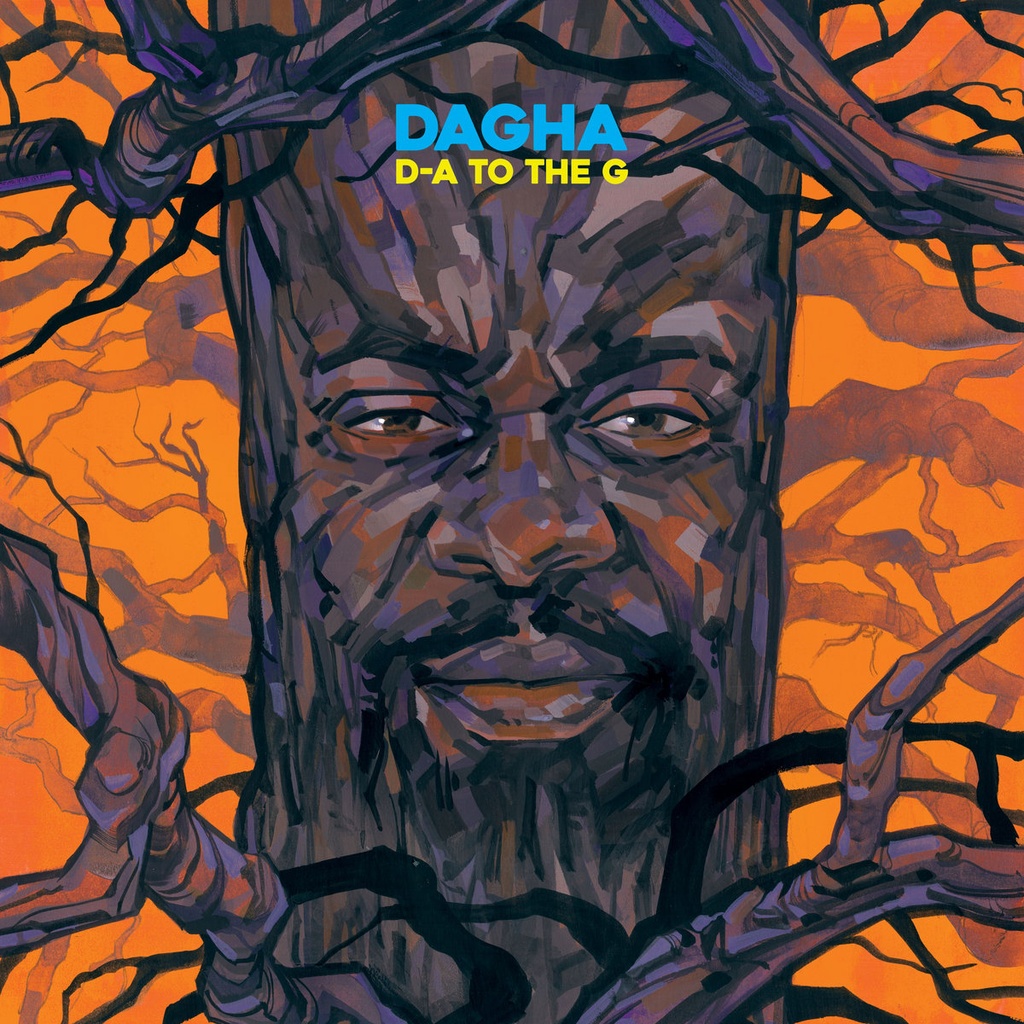 B2. Knowledge Over Faith

B5. Check Me Out Ya’ll (Instrumental)

His first solo album since 2014’s Rap Fantastic Boston based emcee, Dagha returns with D-A To The G. The eleven track effort is entirely produced by long-time ally, DJ Real (Insight, Martiangang). Closing in at over two decades into his hip-hop career, the album is unapologetically late 80’s and 90’s authentic. Not in a retro rose-glasses approximation of the style but direct from two vets who were actually in the culture and making music back then.

Speaking on the release, the emcee said “I feel like it’s a statement album from me. At this point, I have a deeply supportive underground fan base and they know my music. This new album applies the same formula of voice, positivity, fun, and banging beats but this time on vinyl. Yes, there are messages but never from a preachy place.”

Among these messages is “Knowledge Over Faith” which the emcee says is about “instead of following blindly to traditions and behaviors passed down from our families and peers use facts and the tools accessible to us to make our own informed decisions.” There’s also “Black Trucks” where Dagha and Ruste Juxx (Boot Camp Clik) warning garbage emcees that time’s up as Dagha says “the ones who are contributing to the current culture of misogyny, addiction and fronting.” Also guesting on four tracks is Dagha’s original rhyme-partner Cloke, the chemistry is definitely evident, with Cloke’s baritone grit and Dagha’s nimble flow.

Dagha says “I don’t think my passion for hip-hop has diminished over time, if anything, I’m even more passionate about the music I release.”