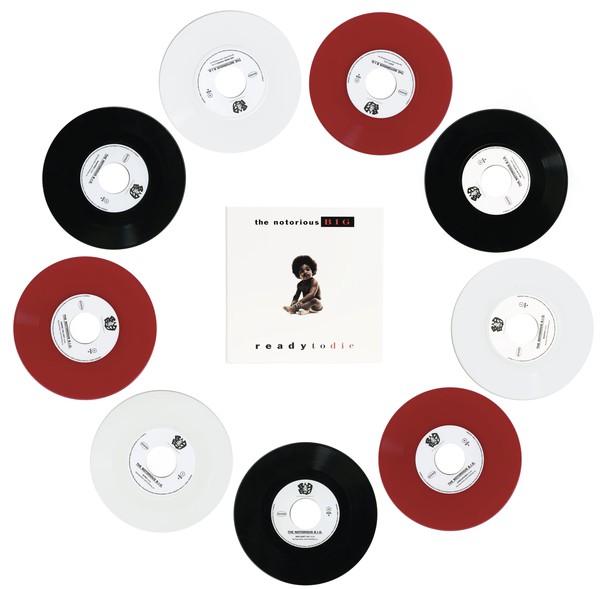 The Notorious B.I.G. helped reinvent and revitalize East Coast hip-hop 25 years ago with his 1994 debut, Ready to Die. Today, the album has been certified platinum six times and is regarded as not only one of the best hip-hop albums ever made, but also one of the best albums of all time.

Rhino, in partnership with GetOnDown.com, honors this groundbreaking album with a new limited-edition boxed set that features every album track – plus two bonus tracks – on nine 7” colored-vinyl singles (black, white and red vinyl).

Individually numbered and limited to 3,500 copies, the set is presented in a cigar-style box with metallic and gloss accents and includes a booklet filled with liner notes by veteran hip hop journalist and author Kathy Iandoli, never-before-seen photos from the era, as well as exclusive stories by Easy Mo Bee and Chucky Thompson, who helped produce the album.