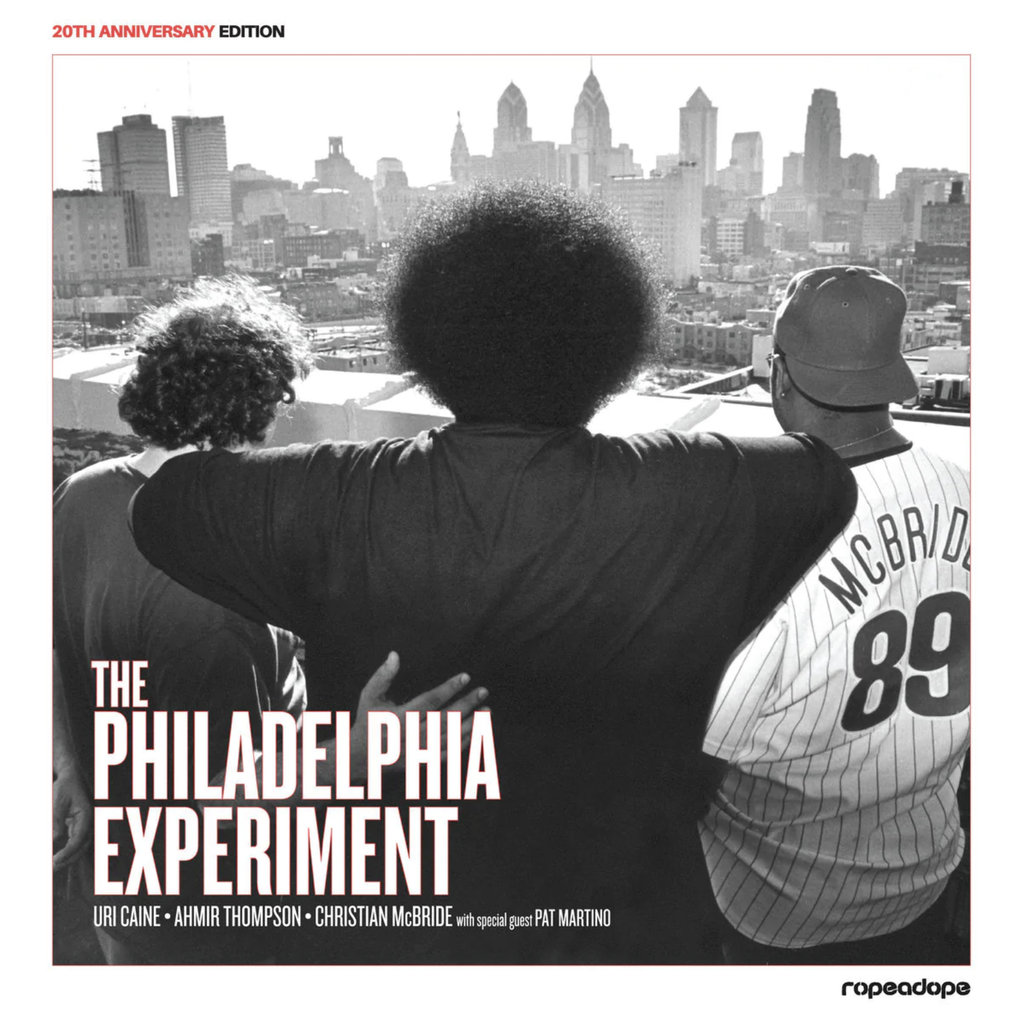 Independent label Ropeadope announces a limited edition 20th Anniversary Vinyl Only release of The Philadelphia Experiment. The album represents a unique moment in the music business, as Christian McBride, Questlove, and Uri Caine hit the studio with producer Aaron Levinson and special guests John Swana and Pat Martino with no marketing or commercial interference. The only request was to stick to the subject ‘Philadelphia’, and together they broke new ground blending Jazz with Soul and Hip-Hop as they honored and celebrated the city and its rich musical history. Covers from Elton John (Philadelphia Freedom), Grover Washington (Just The Two Of Us), and seminal Philly band Catalyst are mixed with original compositions, some created on the spot. The Philadelphia Experiment was met with wonder and acclaim, fusing influences with respect for the legacy and an adventurous spirit. Young artists would look to this album as a starting point, a realization of what is possible. And yet it also stands as a historic document that outlines a method of independent creation that defines Ropeadope to this day, and inspires musicians to simply create.