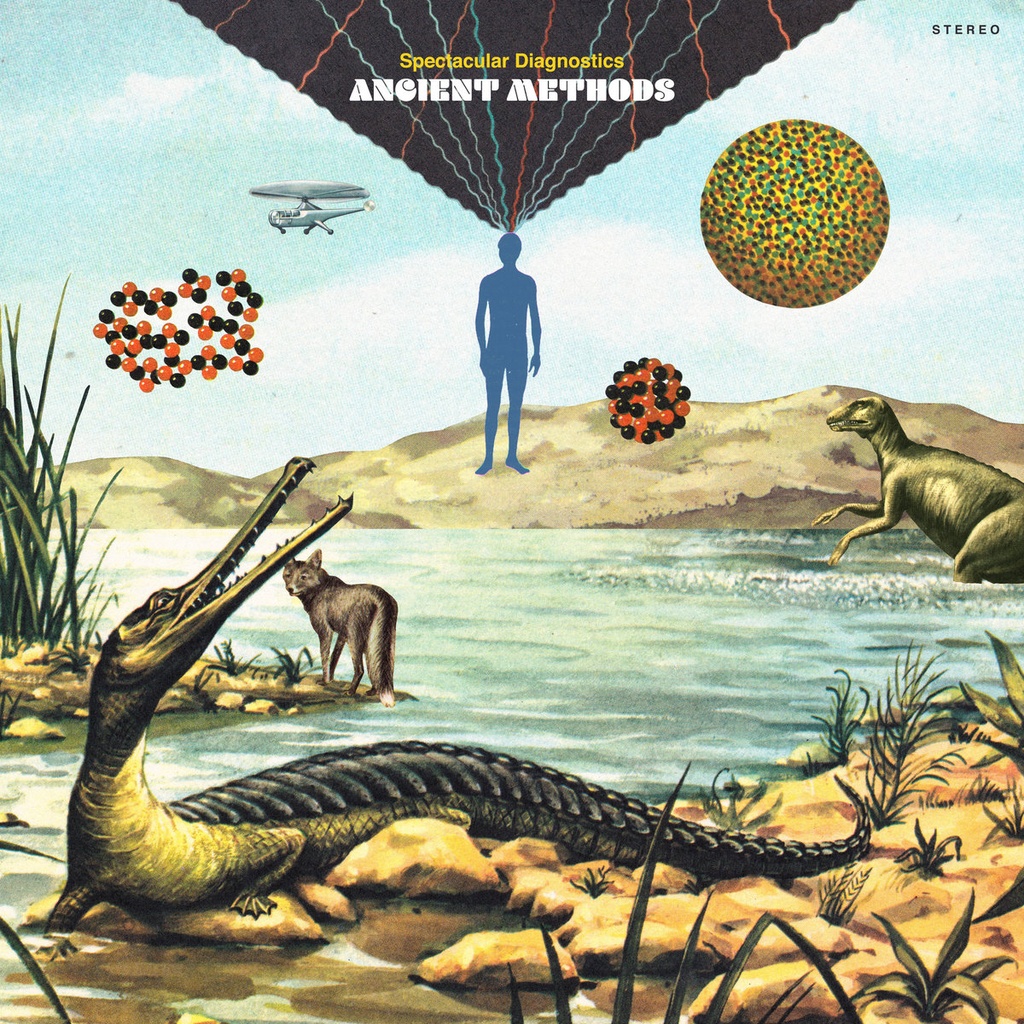 A4 Behold The Bomb

B1 A Gesture of Fearlessness

Ancient Methods is the new album by Chicago-based producer Spectacular Diagnostics. A big bang of beatmaking matter: from cut-up jazz keys to distorted sci-fi movie dialogues. And from echoes of traditional Bollywood chants to three features by Billy Woods, ELUCID & Nosaj who, in contrast, break down traditions to shape their own.

In a Bandcamp Daily feature on Spectacular Diagnostics last year, the term “otherworldly” was coined to describe his beats on previous albums like Raw Unknown, Avant Raw, and Raw Game. All part of a dense catalog since 2015 including collaborations with Quelle Chris, Jeremiah Jae, Milo, Vic Spencer, and early work with Westside Gunn. On Ancient Methods, the Chicago-based producer takes that otherworldly sample-fueled frontier even further, as suggested by vocal samples taken from Space Age-era cinema on tracks like "Countdown Clock", “The Wall” featuring Nosaj of New Kingdom, and “Raw Transmissions.”

“To me, the term ‘ancient methods’ is a reference to my process,” says Robert Krums a.k.a. Spectacular Diagnostics. “I still primarily sample from vinyl and physically dig for records. Even all the movie dialogue. So in some ways, I feel like a dinosaur in the way I work and approach my creative process.” The back sleeve of each record features a short story by Brian Michael Murphy inspired by the music. As a media archaeologist, poet and essayist himself, Murphy’s story adds an extra dimension to Krums’ own sonic layering: “Ancient Methods feels like the full evolution of my sound and my ability to craft a seamless record that tells a story,” adds Krums. “With that said, getting Armand Hammer and Nosaj as the guests set the tone. Their skill level and years mastering their craft is pretty untouchable.”

The album was created on a hotbed of productivity this year. His Natural Mechanics LP on UK label Group BraCil was released back in May, which earned his beatscapes praise by The Wire Magazine, BBC Radio 6, Bandcamp Daily, Gary Suarez’ Cabbages, among other outlets. Last month, Lewis Recordings announced a second Spectacular Diagnostics-produced Kid Acne album. To top that off, he’s featured on Wagram Music’s recent Trip Hop Vibes Vol. 3 compilation (with the track “Yellow.Plates,” an early taste of Ancient Methods). Plus he makes an appearance together with Koncept Jack$on on next month's Gangster Music Vol. 2 compilation by Gangster Doodles on All City Records, alongside the likes of Knxwledge, Zeroh, Black Milk, DaM-FunK, Teebs, and Open Mike Eagle.