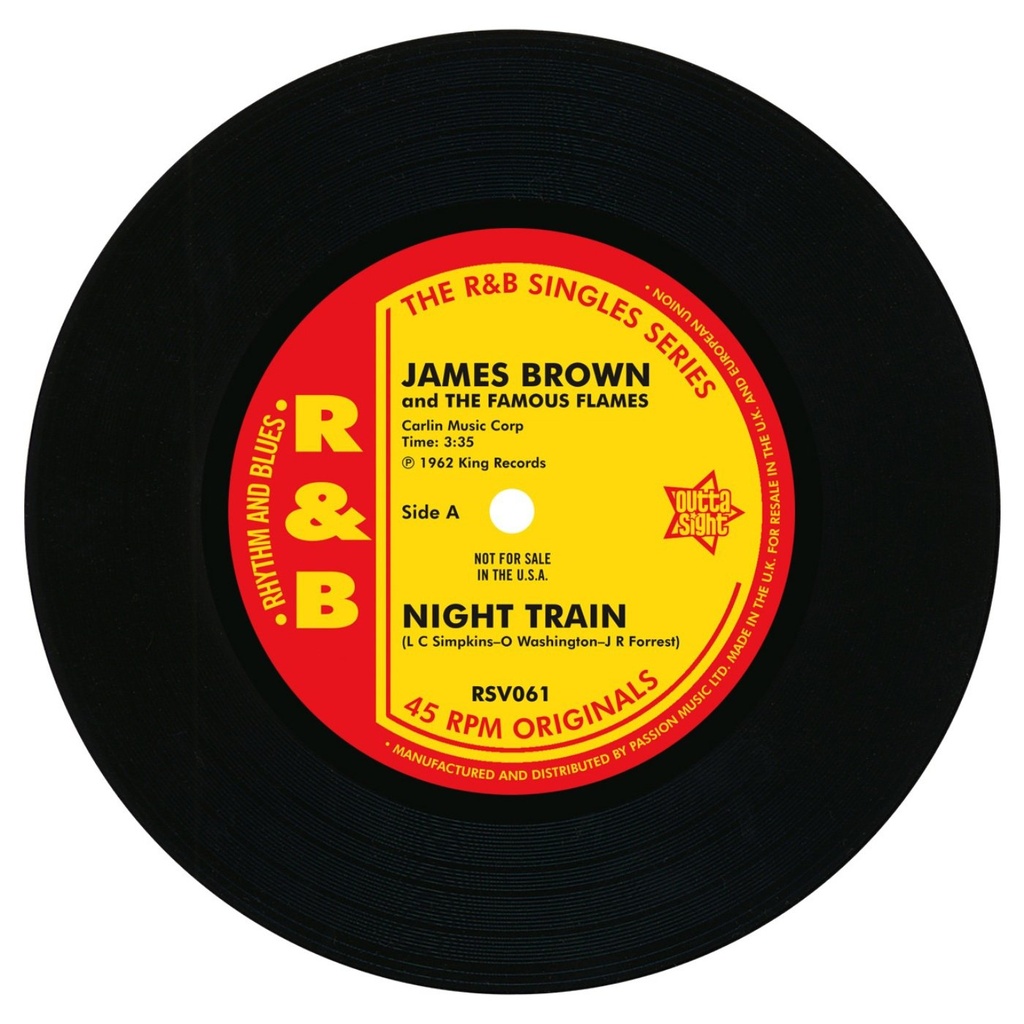 Two iconic MOD/Soul tracks by the Godfather of Soul himself - JAMES BROWN and his Famous Flames. First spun at the Scene Club, London, by legendary DJ and label owner Guy Stevens, Night Train' was originally a 12-bar blues instrumental and its roots can be traced as far back as 1940. Lyrics were first added in the early fifties but James Brown put his own stamp on it by shouting a list of cities off his East coast touring schedule. The energy of Brown's delivery and the exotic sounding American locations caught the imagination of Britain's young Mods and it's never lost it's appeal. Think' is the title track from Brown's third album and is a cover of the 1957 5' Royales R&B hit. Brown makes it his own and transforms it into an insistant dance floor workout complete with an extended sax break.