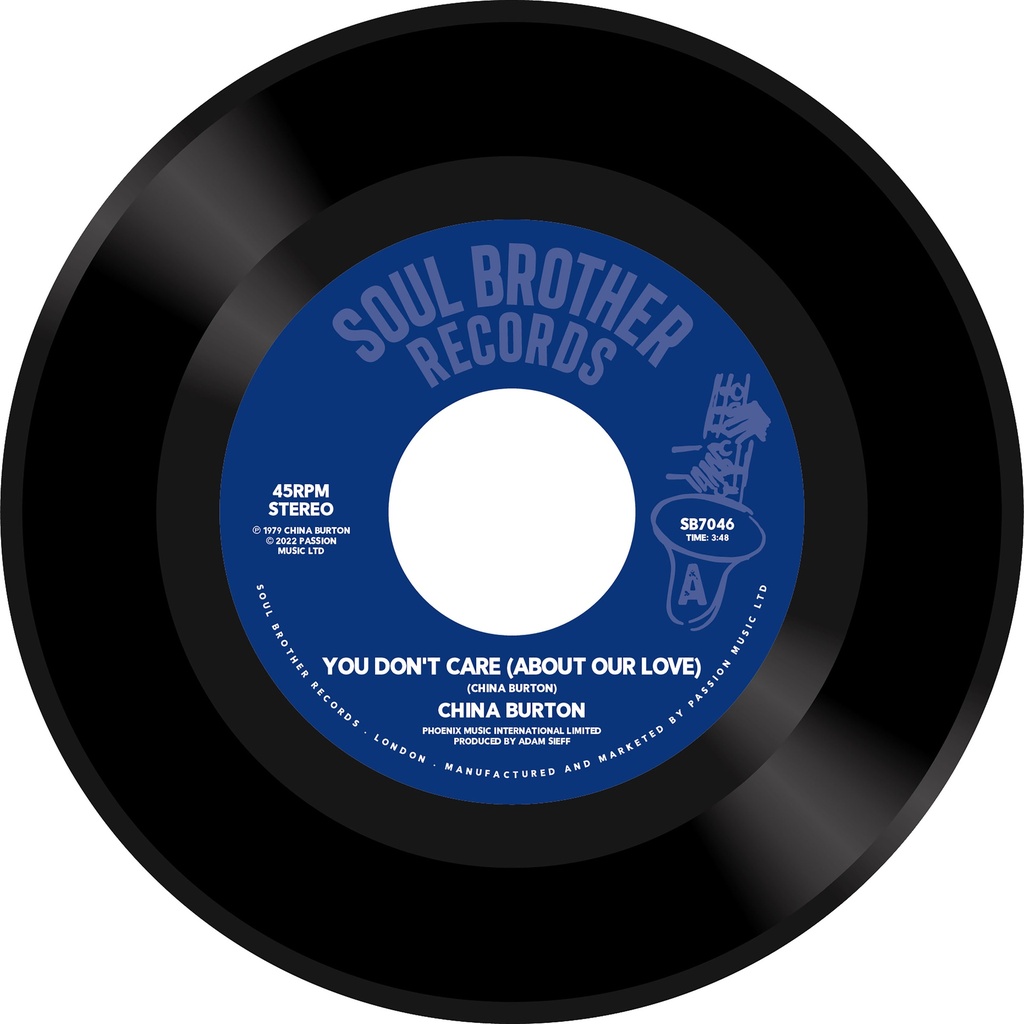 China Burton, You Don’t Care (About Our Love) / Instrumental

British artist Mark ‘China’ Burton only made one record, but what a record! This string laden Soul/Disco/Modern Soul dancer was produced by Adam Sieff (spelt correctly on this issue for the first time) and released on the Logo label in the UK in 1979.It has been an in demand record for many years and original copies sell for around £250. There have been many unofficial 12" releases and a Joey Negro re-edit, but this is the first 7" reissue of this great track.The arrangement is by the UK’s John Altman who would go on to work with artists including Diana Ross, Tina Turner and Goldie among many others, not least Aled Jones on the iconic “Walking In The Air”.