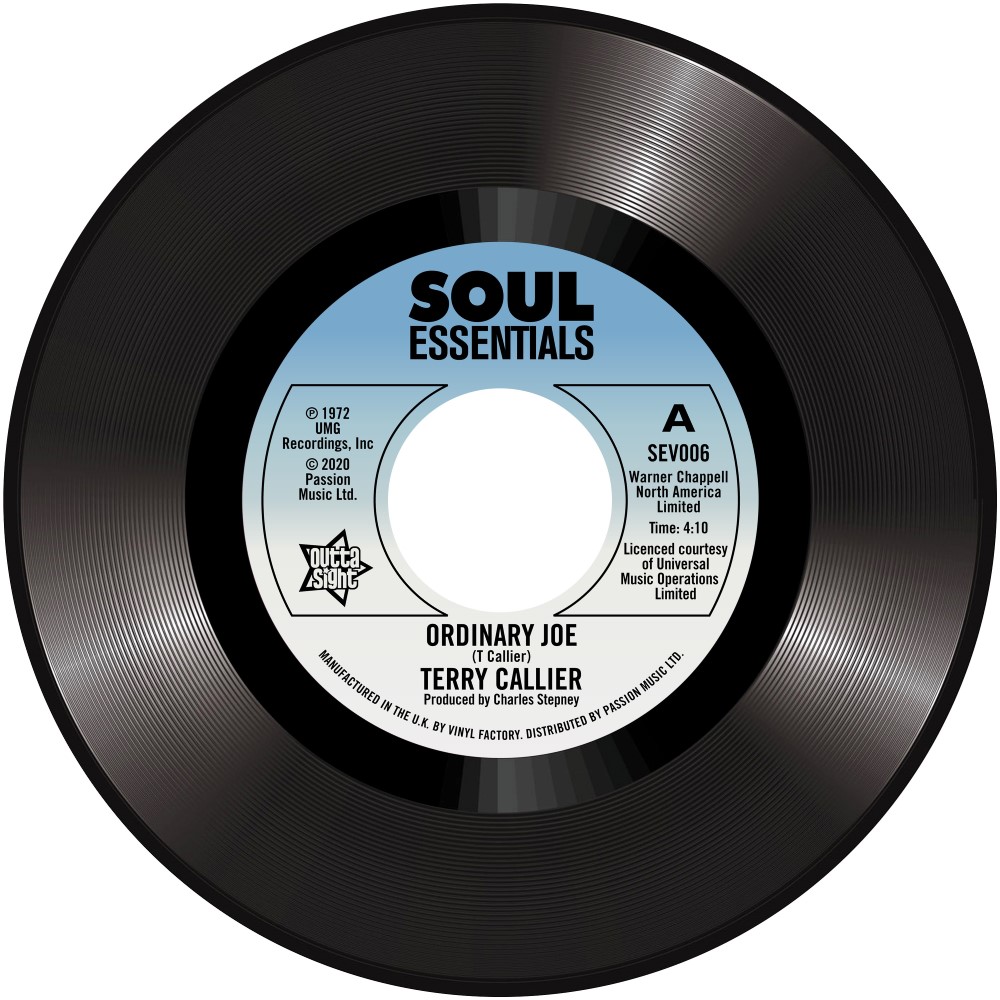 BOTH VERSIONS OF THIS TIMELESS MASTERPIECE BACK-TO-BACK

TERRY CALLIER was born in Chicago in the shadows of Curtis Mayfield, Major Lance, Ramsey Lewis and his mentor Jerry Butler. He would become one of the greatest Soul/Jazz voices of all time, although he barely new it in his own lifetime. Both his debut album, ‘The New Folk Sound’, and single, “Look At Me Now” had failed commercially when he was contracted by JERRY BUTLER to his Songwriters Workshop. It was here that he wrote his timeless masterpiece “Ordinary Joe” which first appeared on Butler’s 1970 Mercury album ‘You & Me’.

Butler’s version of the song has been largely overlooked, underrated and undervalued, until now, 50 years on when it finally makes its 7-inch single debut!

Callier’s definitive rendition of “Ordinary Joe” appeared a couple of years later, in 1972, on the second of his three critically acclaimed Cadet albums ‘Occasional Rain’. The ’72 single was taken from the album and now commands a hefty £700+ price tag.