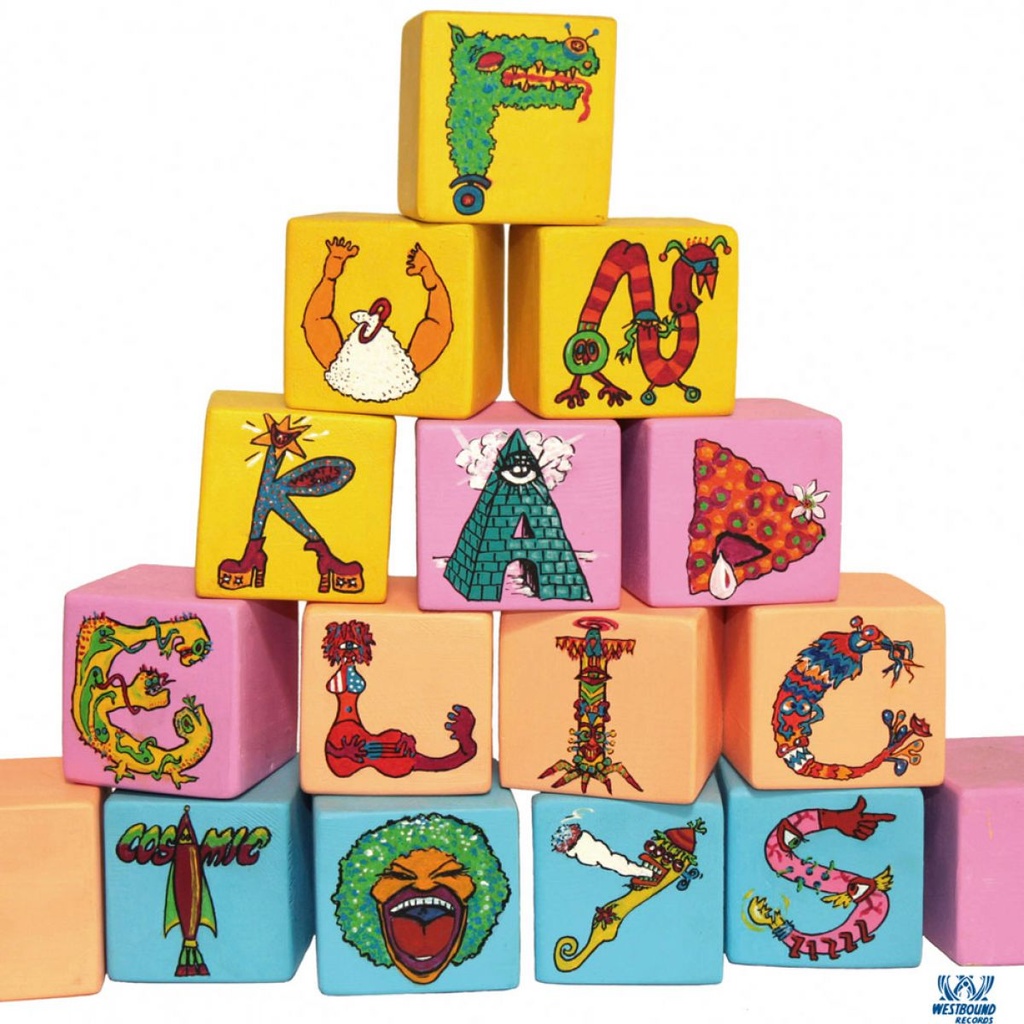 There is lots of unreleased music in the world and as time progresses a lot of it it being issued by us and many others. The reasons that it was left in the vault vary, it could have been because too much great material was recorded at the same time and only some of it could come out, it could be that the artists last record flopped and the record company didn’t want to put anymore records out by an unsuccessful artist, or it could be that the group were experimenting in the studio and the results would not have sounded great on AM or even FM radio, so what was the point of releasing it. What is true, however, is that it is very rare to get a whole albums worth of unreleased material by a front line act, and when you do its pretty certain that reasons one and three above come into play.

With that in mind we have managed to come up with a whole album of Funkadelic material from the Westbound vaults and as predicted reasons one and three abound. Experimenting – with music, costume, drugs – was pretty much a given with Funkadelic as George Clinton led his band through their 7 year tenure at Westbound. Theirs is a catalogue that includes the cosmic wonders of ‘Maggot Brain’ and the filthy funk of ‘Better By The Pound’, ‘Toys’ covers both songs and grooves.

From the more structured end of things we have a storming version of ‘Heart Trouble’ which was originally done by the Parliaments in the 60s and was finally revived by Funakdelic on the ‘Cosmic Slop’ LP in 1973. This version is earlier and rawer, a great discovery. The instrumental version of ‘The Goose That Laid The Golden Egg’ – another 60s Parliament’s single – is wild and dominated by some stunning interplay between Bernie Worrell’s keyboard and the guitar of Eddie Hazel. Best of all, though is the gospel styled ‘Talk About Jesus’ where again Worrell shines this time amongst the harmonies of Ray Davis, Calvin Simon, Fuzzy Haskins and Grady Thomas.

Bernie Worrell really does star throughout, check the underdubbed version of ‘Wars of Armagedon’ or ‘Slide On In’ for examples. Whilst on cuts such as ‘Two Dollars and a Dime’ and ‘Stink Finger’ with its’ ‘I don’t wanna get up, quaalude me down’ refrain the humour that underpinned much of George Clinton’s work is apparent.

‘Toys’ is a rare treat and comes complete with amazing sleeve notes by Rob Bowman who interviewed several band members to get the full lowdown on these recordings.