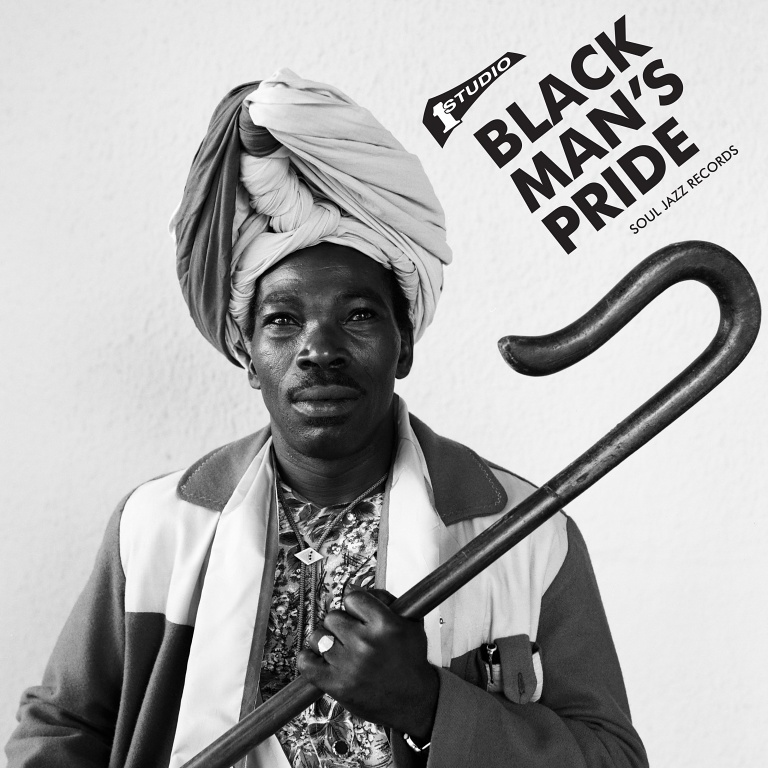 B3 –Glen Miller Love And Understanding 5:23

C2 –Dudley Sibley And The Soul Gang* Love In Our Nation 2:55

While the righteousness of blackness is at the heart of the Rastafarian faith, this collection illustrates how black pride remained a central theme, if not the defining essence, at the very core of all the music created at Studio One Records.

In order to understand the centrality of black identity in the music created at Studio One, we need look no further than Clement ‘Sir Coxsone’ Dodd who, who created the first black-owned record company in Jamaica.

In similar fashion Alton Ellis’s defining ‘Black Man’s Pride’ brings up emotions that are at the heart of many of these uplifting songs. Alton Ellis’ birthplace was the Trench Town ghetto of Kingston, also the birthplace of The Wailers, Ken Boothe and many other Studio One luminaries.

Clement Dodd established a musical empire firmly rooted by the core musicians working at Studio One many of whom came out of the Alpha School for Wayward Boys, run by Roman Catholic nuns, whose luminaries include Don Drummond, Johnny Moore, Leroy ‘Horsemouth’ Wallace, Cedric Brooks, Vin Gordon, Tommy McCook & more.

Many of the songs featured here come from the transitory phase in reggae at the start of the 1970s. After the exhilaration of Ska and following the cooling down of Rocksteady. While reggae awaited the arrival of roots, Studio One’s vocalists were already producing some of the moodiest music imaginable! Here are 18 heavyweight tunes, both classic cuts and super-rare tunes!

This new album is released as a heavyweight gatefold double-LP edition (+ download code), CD and digital with full text.

"The bottomless pit that is Coxsone Dodd’s Studio One label(s) yields more gems. Soul Jazz and before it, Heartbeat in the US, United Artists, Bamboo and various other labels in the UK have released numerous collections, yet the catalogue remains largely under-exploited, despite the late Mr Dodd’s tireless efforts to wring every last cent from it in unlikely ways. Little wonder that some reggae fans, spoilt by knowledge and racks of original vinyl, can be inclined to shrug when another comp emerges: there have been so many. However, Soul Jazz’s albums are different: not only have they encouraged a new, younger audience, parallel to the one that enjoys rare funk and spiritual jazz, to appreciate this music, their records are coherent. They’re not just a heap of tunes that happen to be sharing a black vinyl apartment. They’re themed and meld musically. They have a reason to exist.

In this instance, that reason is an exploration of (mostly) 70s vocal roots reggae with a theme of black pride and dignity. This music was recorded as a cultural statement, if not a cry, from the roots; strong stuff, deep, dark and heavy. But don’t mistake that for leaden. It may have bass frequencies that drive your neighbour’s dog under the sofa, thinking it’s 5 November all over again, but this is no gloomy exercise in musical storm clouds. Right from Alton Ellis’s title-donating opening tune, there are aspects of Black Man’s Pride that will have you skipping around the room, literally or mentally, and thanking Jah that you didn’t spend the money it cost you on a pizza, dough balls and Diet Coke meal deal. This is not musical junk food, it’s a keeper fit to lift the heart whenever needed.

One reason for this is the sequencing. Glen Miller (not that one) may have a light, soulful voice but the rhythm track he’s riding on Love And Understanding is a minor chord churner, as sad as a wet Sunday. But it’s held up on either side by Sugar Minott (and an uncredited Gladiators) floating through Woman Shadow (as sung by The Meditations as Woman Is Like A Shadow), and The Nightingales’ gorgeously swinging Rasta Is Calling, a glorious take on Delroy Wilson’s Cool Operator rhythm that’s a sod to find on 45. The Heptones make a rational case for Equal Rights in a manner that ought to have been perky enough to win them at least an audition for a CBBC presenter’s role. Their lead singer Leroy Sibbles pops up uncredited on John Holt’s heart-lifting yet cool Let’s Build Our Dreams. Heavy 70s roots is gloomy? Nope. Jamaica’s ghettos were suffering; they didn’t need more misery.

There’s also judicious joining up of vocals and their dubwise 45 flipsides: The Gladiators’ Roots Natty is one such. I heard the vocal, and immediately wished it was the devastatingly moving dub cut. Compiler Stuart Baker evidently thought likewise, so it extends to the version. For variety, there’s a lone sax instrumental to wreck things up too: Cedric Brooks’ melodic Why Can’t I.

There’s room for the unique, deep and breathy voice of Larry Marshall. More “international” stars Horace Andy and Dennis Brown are here too, recorded as youths, as is a teenage Freddie McGregor on a rootsy rewrite of Cat Stevens’ Wild World – with what sounds like JS Bach on synth! The set shuts with Johnny Osbourne’s sophisticated and spiritually openhearted Forgive Them.

With an informative, eminently enjoyable sleeve note about the growth of roots reggae and its place in Rastafarianism and black awareness, fittingly Black Man’s Pride lacks nothing." Ian McCann, RECORD COLLECTOR