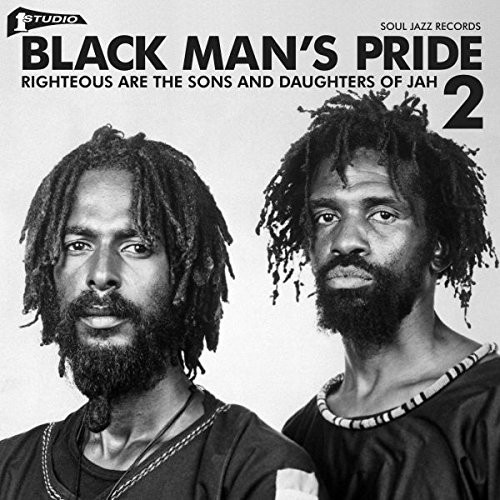 This is the second installment of deep roots Rastafarian reggae at Studio One and features classic music from some of the most important figures in reggae music – Alton Ellis, The Heptones, Jackie Mittoo, The Gladiators – alongside a host of rarities and little-known recordings, such as a truly rare Mystic Revelation of Rastafari seven-inch single, Willie William’s first ever recording ‘Calling’ and Horace Andy’s righteous (and equally rare) masterpiece ‘Illiteracy.’

Black Man’s Pride 2 extends the legacy of Studio One’s ground-breaking path in roots reggae which began at the end of the 1960s and continued throughout the 1970s. The album tells the story of how the rise of Studio One Records and the Rastafari movement were interconnected, through the adoption of the Rastafari faith by key reggae artists – everyone from the Skatalites and Wailers in the 1960s, major singers such as Alton Ellis and Horace Andy at the end of the decade, through to major roots artists such as The Gladiators in the 1970s – and how Clement Dodd consistently recorded this heavyweight roots music throughout Studio One’s history.

The extensive sleeve-notes to this album also discuss the links between Rastafari and Studio One in time and place, noting how both the religion and Clement Dodd’s musical empire had their roots in the intense period of pre-independence Jamaica in Kingston, expanded in the 1960s following the visit of Haile Selassie in 1966, and how roots music then came to dominate reggae music in the early 1970s. Also discussed is how the outsider stance of both reggae music and the Rastafari movement relate back many hundreds of years to the original rebel stance of the Maroons, escaped slaves who set up self-sufficient enclaves in the hills of the Jamaican countryside.

"Soul Jazz’s albums are different: not only have they encouraged a new, younger audience, parallel to the one that enjoys rare funk and spiritual jazz, to appreciate this music, their records are coherent. They’re not just a heap of tunes that happen to be sharing a black vinyl apartment. They’re themed and meld musically. They have a reason to exist.

In this instance, that reason is an exploration of 70s vocal roots reggae with a theme of black pride and dignity." Record Collector