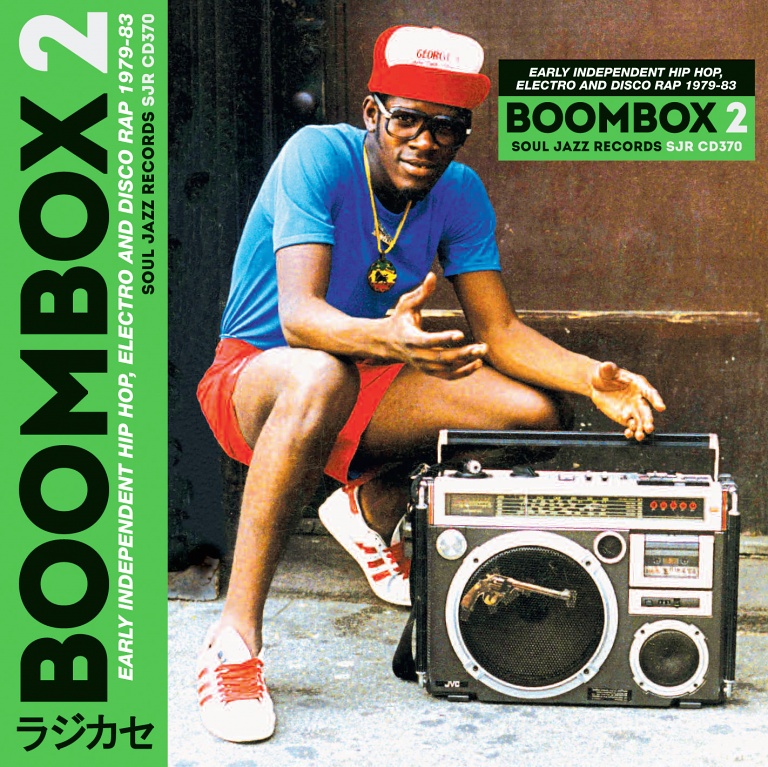 Soul Jazz Records’ new Boombox 2 is a new selection of early rap music from the period 1979-83, with barely a household name in sight. Featured here are some the earliest hip-hop records that came out of New York City following the enormous commercial success of the first ever rap record, ‘Rapper’s Delight’ by the Sugarhill Gang, in September 1979. Artists and producers alike tried to jump aboard the new commercial possibilities of hip-hop. By the end of the year there were 30 hip-hop singles, all released by independent New York labels. The following year there were over 100 more, and so on.

Boombox 2 tells the story of how hip-hop went from its evolutionary roots in the Bronx through DJs Kool Herc, Grandmaster Flash and Afrika Bambaataa through to this second phase where veteran music producers – Paul Winley, Peter Brown, Joe Robinson and others – all based in Harlem, began to put rap on vinyl for the first time.

Harlem is also where the separate worlds of disco and hip-hop met through the styles and influence of earlier ‘uptown’ DJs - DJ Hollywood and Eddie Cheba. In similar fashion these veteran Harlem-based producers instinctively tapped into a long lineage of African-American rhythm and blues, soul and disco.

The album features many early and rare cuts from the first generation of early rap artists including Lovebug Starski (as Little Starsky), Busy Bee, Eddie Cheba, Kool DJ AJ as well as many other little known artists.