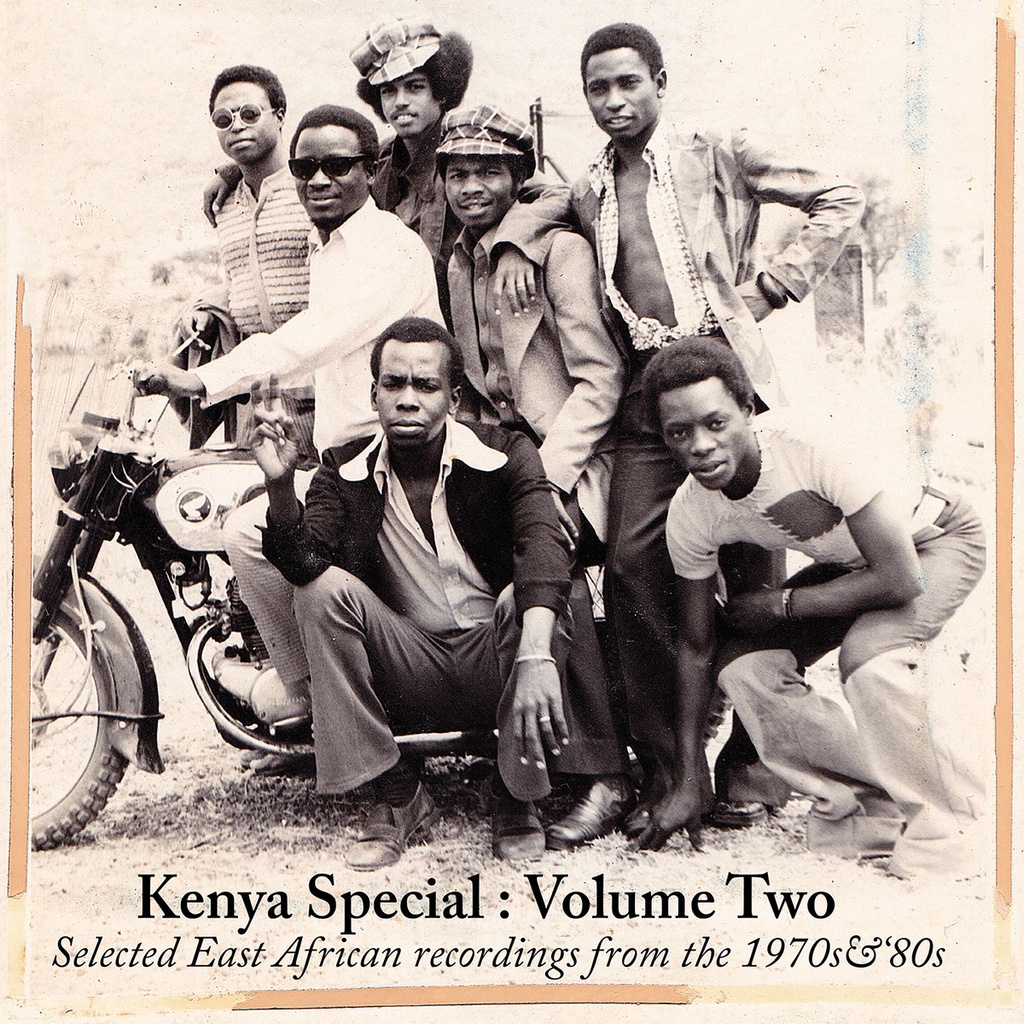 To many outside of East Africa, the Kenya Special Soundway compilation released in 2013 was their introduction to the full spectrum of the musical landscape of 1970s and ‘80s Kenya. The promotion of Kenyan music on an international level from the mid-eighties onwards had often been within a narrative of ‘otherness’, where releases were marketed as world music, focusing on a few genres with clearly defined sounds, such as benga and Swahili rumba. Kenya Special did more or less the opposite by highlighting songs and bands that couldn’t easily be categorized. Many of the featured songs seemed to bend the rules, break away from existing genres and sometimes borrow from foreign music trends. Whereas the world music campaigns of the 1980s were moderately successful in drawing in young audiences, the more recent wave of reissues has caught on with a demographic that’s one or two generations younger than those listeners that were originally interested in the music that was recorded in Kenya from the 1960s to the 1980s. The approach to musical rediscovery that is behind Kenya Special has its origins in a youthful movement of vinyl collecting (and to some extent club culture), which has, in the past decade and a half, carved out its own niche alongside the established music industry.

Despite the renewed interest in music from Kenya’s past, finding these tracks and their rights holders hasn’t become any easier. Only a handful of music archives around the world harbour collections of Kenyan music, and just a few private collectors in Kenya and abroad have been sharing catalogue info online or privately. One of the problems with East African music of this era is that much of it was originally released only on 45 rpm, seven-inch vinyl singles, many of which were only ever produced in tiny runs of a few hundred. 45s with their thin, paper sleeves do not age as well as LPs and are often far more susceptible to the elements. The compilers of Kenya Special 2 have gone to great lengths to disclose a small part of what is slowly being accepted as an essential element of East Africa’s cultural heritage: the history of recorded popular music. We hope you enjoy it.