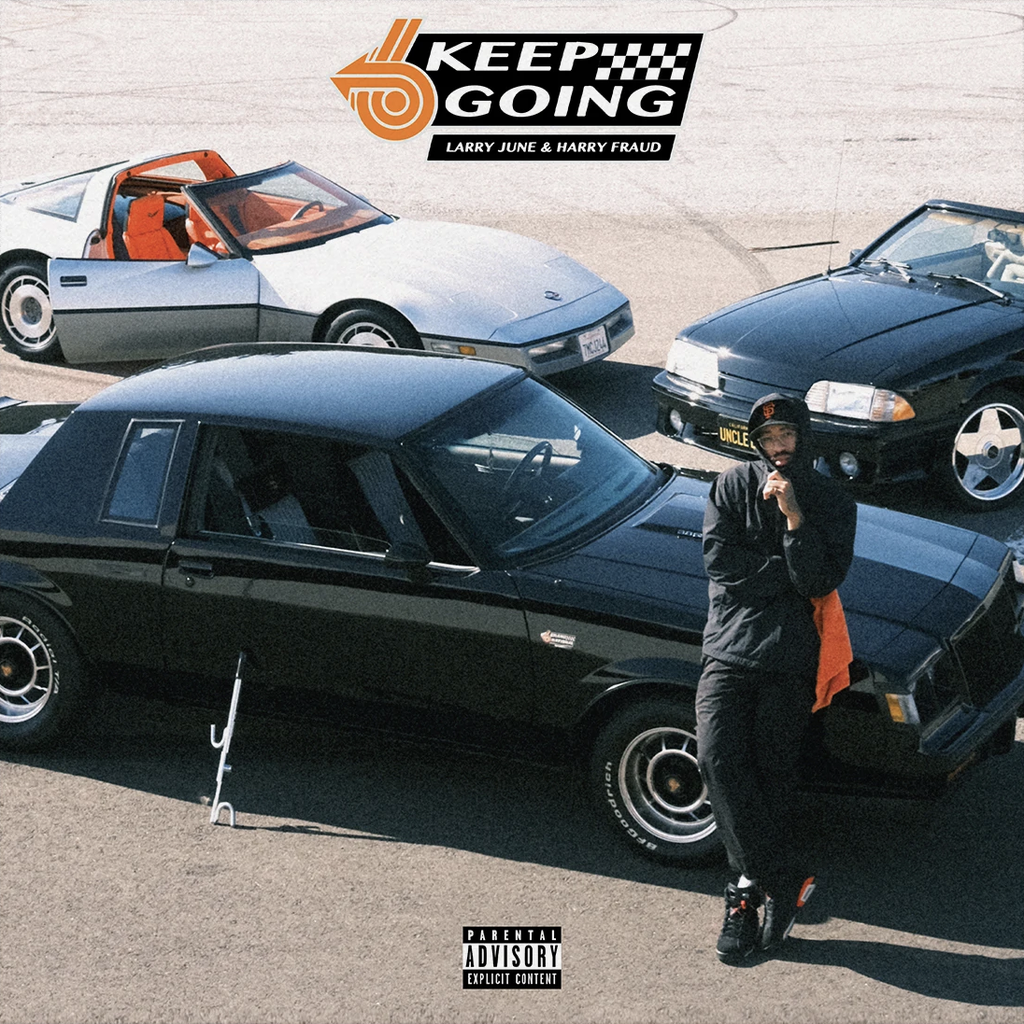 B3. Drinks with Tracy

The wait is over -  KEEP GOING – Larry June & Harry Fraud's new album is available on wax!  At the beginning of October, the rapper-producer duo dropped “Keep Going”,  their first full-length collaborative project. This ten-track instant-classic features guest appearances from Curren$y, Dom Kennedy, Jay Worthy, Herm Lewis and International Jones (appears on vinyl edition only).  Critics and fans alike agree that “Keep Going” represents some of June and Fraud’s best work to date. Laced with silky smooth production from Harry Fraud, the musical chemistry between the Bay Area rapper and the Brooklyn-raised producer is front and center from the first verse on “Keep Going (Intro)" to the last bar on “Let Me Sing to You”. Numbers!

"The production on this album is easily in the top tier of this year's music so far but don't get it twisted: Larry June definitely comes correct. His syrupy flow and blink-and-you-miss it wordplay are perfectly in sync with Fraud's yacht cruising beats. The music sounds luxurious without being over-produced." --from www.hotnewhiphop.com