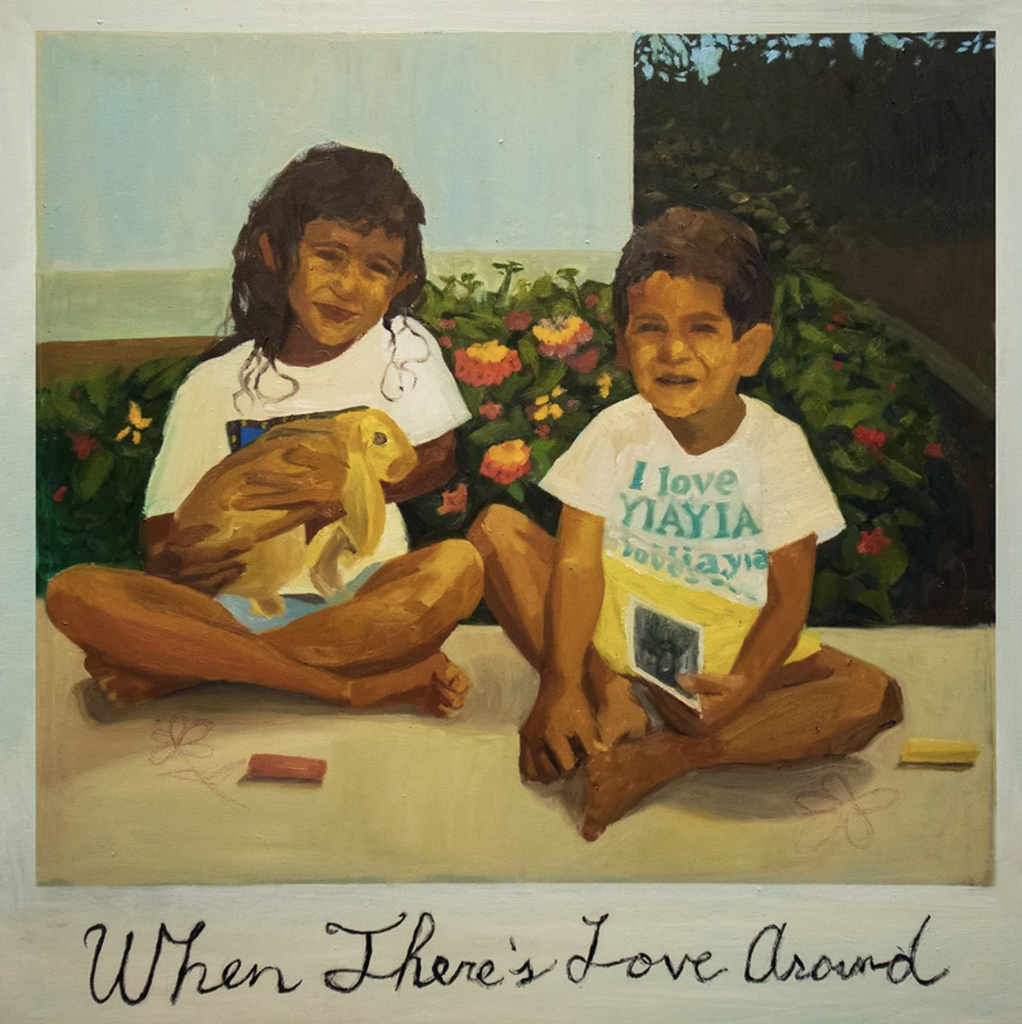 Kiefer, When There's Love Around

When There’s Love Around is an album of two halves. The first is “about feeling small and insignificant and stressed,” Kiefer says. “It’s about things that cause me to worry, but at the end of the day, are probably unimportant from a larger cosmic perspective.”

The nostalgia of looking through old childhood pictures in one of the lead tracks, “I remember this picture,” is reflected on the album cover, a Polaroid of Kiefer and his sister, painted by Mikey Yates.

The album’s second half is more reflective and spiritual, its cathartic mood occasioned by the loss of Kiefer’s beloved grandmother. While grief and loss are main themes, the tone is still largely positive – Kiefer describes himself as an optimist.

Kiefer assembled a band of his favorite musicians, including DJ Harrison, Andy McCauley, Josh Johnson, Will Logan, Sam Wilkes and other jazz luminaries. They laid the album down in three sets of sessions over 2020, including one stint at Jazzy Jeff’s studio after the DJ invited Kiefer to record there. Several songs were recorded in one or two takes, with any mistakes left in, true to Kiefer’s preference for music that feels spontaneous and from the heart. Kiefer has long performed with a live band, and found the setup suited the communal spirit he was striving for on this album: “I find something about the Herculean type of jazz performer really alienating. I want to celebrate human connection,” he explains.

The track “When there’s love around” is Kiefer’s take on The Crusader’s song from 1974.