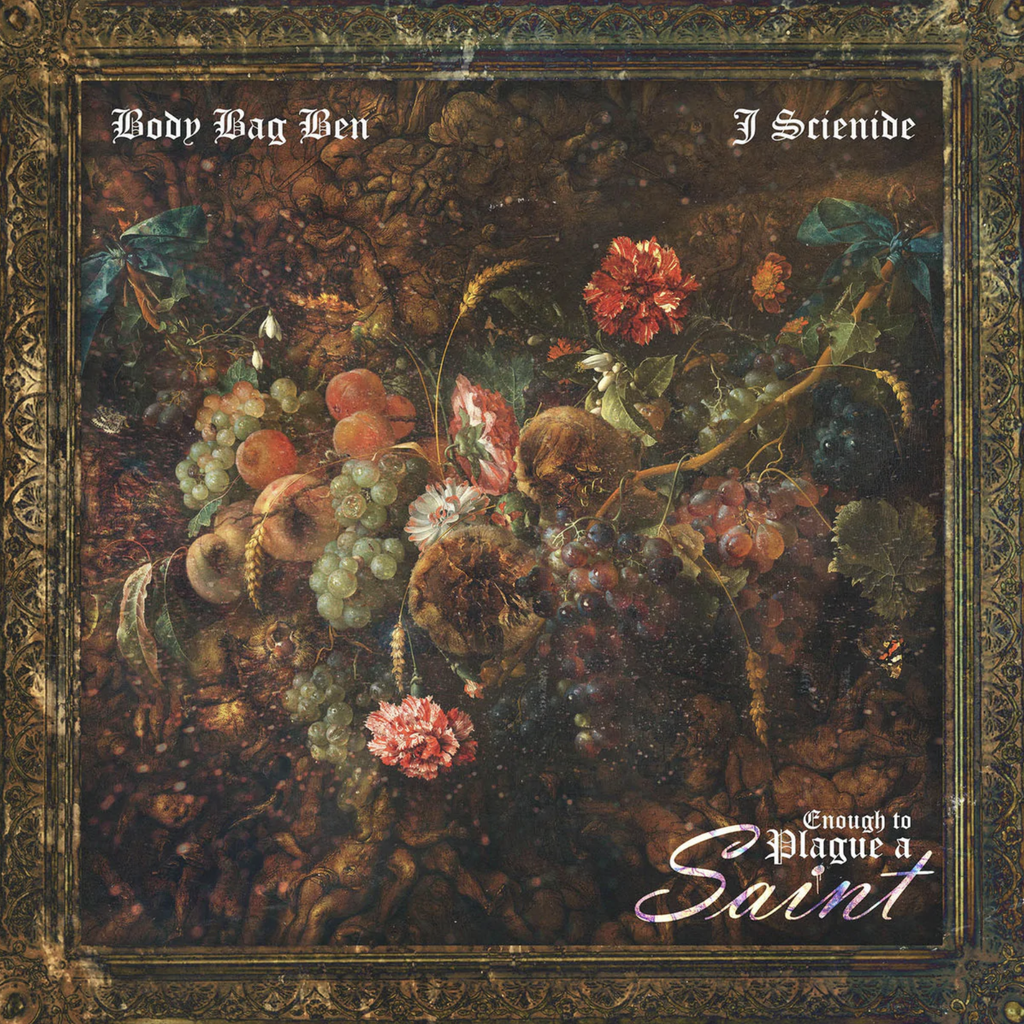 -Enough to Plague a Saint falls on the heels of J. Scienide’s latest solo project, KAPUT!!!, and marks Body Bag Ben’s most recent project following his collaborative, Hyde the Body Bag EP alongside Rick Hyde (Black Soprano Family).
-Vinyl for Enough to Plague a Saint is limited to 300 copies worldwide, and is equipped with obi-strips, with artwork designed by Greg Rappa.


The inspired pairing of Oxnard, CA producer/emcee/DJ Body Bag Ben and DC-based emcee/producer J Scienide resulted in this stellar, dark joint, ‘Enough To Plague a Saint.’ “To me, the soundscape of the album has a nostalgic feel to it… like it was crafted in the ‘90s in a basement somewhere,” says Ben. “This was the sound I was going for, lots of low ends and filtered drums. I knew J was the perfect candidate for this.” Longtime friends going back to Scienide’s work on Body Bag Ben’s first album (‘The Season’), here we see J on mic duties with Ben on production, joined by guests Rome Streetz, Napoleon Da Legend, Rasheed Chappell, and Wordsworth.