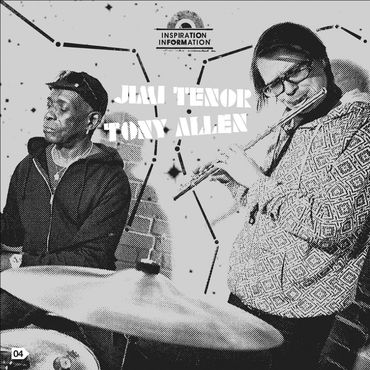 Back in October 2009, Strut’s Inspiration Information series was in full swing. Following an acclaimed collaboration between Mulatu Astatke and The Heliocentrics, Finnish maverick Jimi Tenor hit the studio for a mouth-watering head to head with Afrobeat drumming legend, Tony Allen.

The resulting set became one of the best recordings that both artists produced during this period. Tracks range from Jimi’s S&M tableau, ‘Darker Side of Night’ to the apocalyptic commentary on our times, ‘Path To Wisdom’ and the hilarious lampooning of the UK immigration system, ‘Mama England’, composed on the Tenor tour bus. The album also featured fusions based around more traditional low-slung Afrobeat structures (‘Sinuhe’, ‘Got My Egusi’) and ended with the epic freestyle juggernaut, ‘Three Continents’, a life affirming, mesmeric groove built around another rough-as-nails Allenko rhythm base.