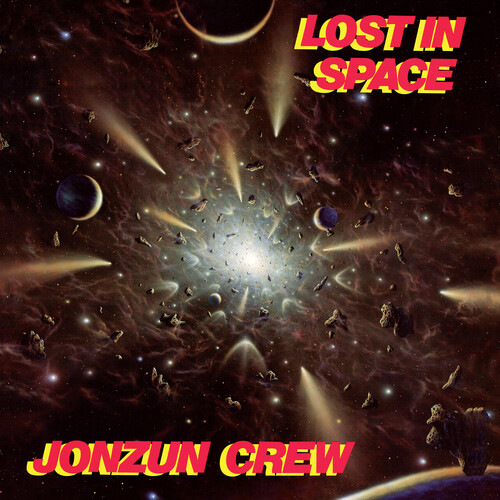 The 1980's were without question a revolutionary time for music. Thanks to leaps in technology at the time, the decade saw the birth of many new genres and sub-genres; electronic music flourished as artists developed new sounds and techniques that would help to pave the way for years to come. With groups like Jonzun Crew helping to lead the charge in innovation at the time, artists seemed to be expanding their horizons as they looked beyond the physical world for inspiration. Creating music that was for the time, out of this world, Jonzun Crew used experimental techniques and deep-space inspired motifs to help pioneer a sound all their own that would resonate the world over. Formed by Florida-born brothers Michael, Soni, and Larry Johnson in Boston in 1981 and discovered by Afrika Bamabaataa shortly after, Jonzun Crew were early pioneers of Electro-Funk, a brand-new sound that would later help to lay the foundation for Techno. One of the first groups to use a vocoder on their records, Jonzun Crew were, themselves, inspired by artists by the like Sun Ra and new technology like the OVC; or Outer Space Visual Communicator created by Bill Sebastian. Thanks to their independent spirit, experimental recording techniques and theatrical flair, Jonzun Crew soon found a following, landing on airwaves across the US and beyond. Thanks to the massive success of singles like, "Pack Jam (Look out for the OVC)," "Space is the Place," and "Space Cowboy", all of which charted in the US, their debut album, "Lost in Space", quickly became a cult-classic and has since become a must have for record collectors around the world. As part of their 40th anniversary, Tommy Boy is now planning to re-release the long out of print album as a limited, colored pressing that will without a doubt be in high demand amongst fans.