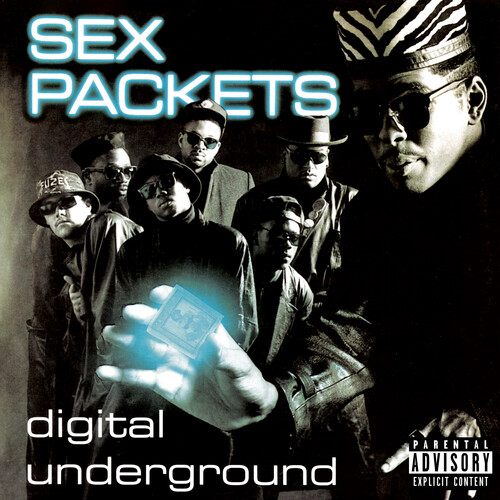 Originally released in 1990, Digital Underground's debut album, Sex Packets, forever changed hip-hop and helped cement the Shock G lead outfit in the history books as one of the music businesses most innovative groups. Heavily influenced by various funk bands, Digital Underground developed a sound all their own, creating timeless records that have stood the test of time. Sex Packets was certified platinum by the RIAA. The album reached #24 on the Billboard 200 and #8 on the Top R&B/Hip-Hop Albums chart. Sex Packets released the two lead singles: "Doowutchyalike" (which peaked at #19 on the Hot Rap Singles, #20 on the Hot Dance Music/Maxi-Singles chart and #29 on the Hot R&B Singles chart) and "The Humpty Dance" (which reached #11 on the pop charts, #7 on the R&B charts, and #1 on the Billboard Rap Singles chart). Sex Packets was included in both The Source's "100 Best Rap Albums Ever" & the book "1001 Albums You Must Hear Before You Die." Digital Underground's genre-bending production and unmatched charisma have made the group legends amongst hip-hop heads and music lovers around the world.