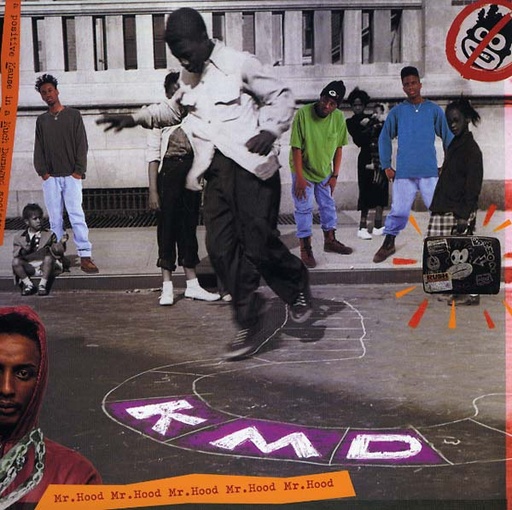 B2 Figure Of Speech

C3 Mr. Hood Gets A Haircut

KMD (Kausing Much Damage, or a positive Kause in a Much Damaged society) was a Hip Hop group in the early 90s perhaps best known for launching the career of acclaimed MC/Producer MF Doom (known during his KMD tenure as Zev Love X). After guesting on 3rd Bass’ “The Gas Face,” the trio (Zev, brother Subroc, and Onyx) released the acclaimed and overlooked “Mr. Hood” full-length. Their political outlook was similar to the group Brand Nubian, who guested on Hood; however, the style was more comical and included a great deal of clips from old children’s recordings, most notably a sample of the Sesame Street character Bert on the single “Who Me?”

This is the official Elektra Records/Traffic Entertainment Group re-release with original artwork and track listing in it’s entirety. Cutting edge, ahead of it’s time production and skits from KMD and Stimulated Dummies (John Gamble and Mr. Dante Ross). Features the singles “Peachfuzz”, “Who Me?” and “Nitty Gritty” (feat. Brand Nubian). This is one Rap album that is not to be missed.